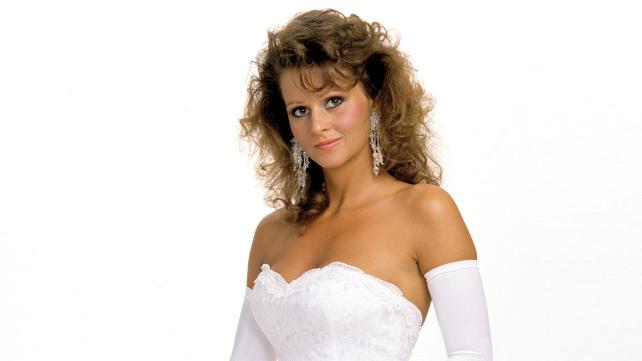 The legendary, late Miss Elizabeth has been named the most beautiful person in WWE history by WWE.com.

The iconic valet, who passed away in 2003, was known for her poise, grace and beauty as she stood alongside Macho Man Randy Savage in the ’80s and ’90s.

Other stars to make to the list include Trish Stratus, Stacy Keibler, Eve, Layla, Torrie Wilson, Maryse, Sable and many more notable women who have appeared on WWE television.

Thoughts: Nice to see Elizabeth remembered, and who can argue with her getting the number one spot? She was indeed a beauty who helped define the modern standards for women in wrestling. Nice pick for #2, too, WWE. I approve!