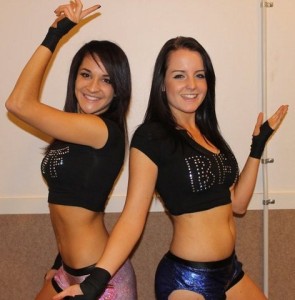 In addition to the likes of SHIMMER Champion Madison Eagles, ‘The Rate Tank’ Kellie Skater and ‘Everybody’s Favourite Girlfriend’ Jessie McKay, it has been announced that familiar names such as Shazza McKenzie and Savannah Summers have also been added to the card for PWWA’s September 3rd show in Autralia.

Furthermore, PWWA have announced that a tag team from New Zealand will be making their debut on the show – The “BFF’s” Megan-Kate and Evie. Described as a tag team that is “always out for the win, whatever way they can”, Megan-Kate is described as having “technical ability and agility”, while Evie shows off “hard-hitting athleticism”. These two girls are sure to make an impact on September 3.

If you would like to attend this show, it will be held September 3rd at the Liverpool Masonic Centre, which is at the Cnr. Hume Hwy & Memorial Ave, in Liverpool, NSW, Australia. More talent is still to be announced, with “new AND international faces” to be added soon. It sounds like a show not to be missed!