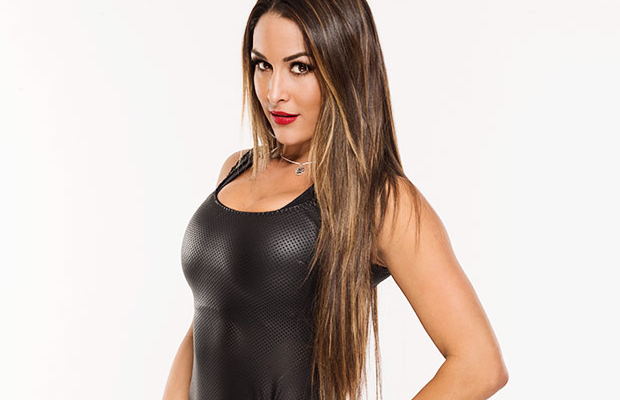 While she agreed that Divas deserve more time on TV, she didn’t appear to share AJ’s criticisms towards WWE’s pay disparity:

“We’re all here because we’re living our dreams. Whether it’s two minutes or twenty minutes on TV, I’m beyond grateful for that, because there are millions of people that wish they could get two minutes in that ring, and they can’t, so I’m not going to be one to bitch about it. But do I think Divas should definitely get more time on TV? 100%. But do I think pay is different? No.”

Nikki argues that Divas don’t have the star power to make the money of top men like John Cena, Roman Reigns and Brock Lesnar:

“Let me put it this way: if a Diva was to headline a show, would those seats sell out like it does when John Cena’s headlining? Roman Reigns? Brock Lesnar? Absolutely not. We’re not there yet. We’re trying to get there, but we’re not there yet. As far as merch goes, we all get the same percentage, so I don’t know why anyone’s crying about it. We all make the exact same percentage, so it’s like, sell more merch if you wanna be like the guys. At the end of the day, we’re in a man’s world. People show up to watch men wrestle, and they look at us the ‘pretty things on the side’, but I think slowly, we’re changing people’s minds about that. It’s not gonna happen overnight, but eventually we’re gonna get there. We just need patience and time.”

She went on to explain what went on in the infamous 30 second Divas match that sparked the #GiveDivasAChance fan movement, claiming that it was an idea conceived by herself, Brie, Paige and Emma with the aim of telling a story:

“What’s funny about that is we were given about three minutes. Three to four minutes. And we – us four girls who were in the match – we put our heads together and said look: we can either give them a two minute match, or we can give them nothing and get Brie and I so much heat and tell a great story…We’re not gonna give people three minutes of BS, and it ended up being a big chance. It ended up turning into #GiveDivasAChance trending worldwide for two days. I mean, we could’ve gone out there, done a few moves and called it a day, but we were like, ‘How do we tell a great story?’ and at the end of the day, that’s what we did. Brie and I got good heat at the end of it, we got trended for two days straight, and it was like, ‘Whoa. We’re storytelling now.’ And that’s what puts the Divas on the next level. Instead of just going out there and doing moves, we storytell. ‘Cause that’s what the boys do, and that’s what we need to do.”

Nikki also talks about her feud with Brie, her goals when filming Total Divas, her relationship with John Cena, WrestleMania 31 and more. You can listen to the full interview on Player.fm.

Do you agree with Nikki? Did the 30 second match tell a story?