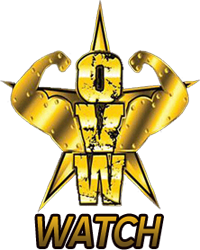 OVW, once a developmental territory to WWE, has been a breeding ground to such Diva greats as Victoria, Mickie James and Melina but in the past couple of years since dropping its association with the company, has had to re-invent itself.

The new OVW women’s division features the likes of The Blossom Twins and Epiphany, young wrestlers honing their craft in a well established promotion/training facility, with hopes of making it to the big leagues like the women before them. One woman, an OVW mainstay from the early days, Josie you may recognise though as former TNA Knockout, Sojo Bolt. Josie, soon to be seen in Wrestlicious, returned to OVW after leaving TNA and as discussed in our exclusive interview with her, has been something of a mentor to these young girls.

On TV however, it’s another story — Josie has been embattled in a feud with Epiphany for some time now with this being billed as a match ‘two years in the making’. The decorated 5-time OVW Women’s Champ, Josie finally gets into the ring with Epiphany with the title on the line.

First of all, for those of you unaware of Epiphany, you can hit up her Wikipedia and/or follow her on Twitter. Epiphany is basically OVW’s HBIC. Think Kong. Josie, I guess is the veteran babyface ala Mickie or Trish. We ready to watch?

Right from the bat, Epiphany attacks Josie throwing her off the ring apron as she makes her entrance before slamming her into the side of the ring. Great way to start the match and tell a story, obviously Epiphany is meant to be bad ass and aggressive and she got that over with the attack.

Epiphany pretty much controlled most of the match and was compelling to watch, I felt. She plays the heel role well; arguing with the referee, gloating to the crowd etc. She certainly has the charisma down.

Not a bad match. This is the first time I’ve gotten to see Epiphany and I think she has a certain swagger.

What are your thoughts on the extra added OVW?