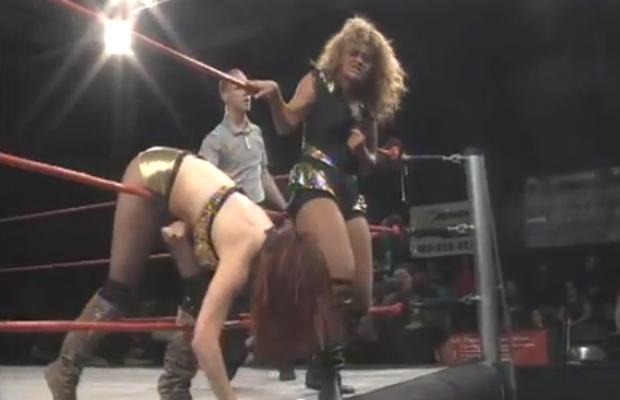 Hi there, OVW fans. It’s been a while since we’ve put out an OVW Write-Up, mostly because of TNA dropping the company as its developmental territory. With that in mind, going forward, we’ll highlight OVW in a slimmer and trimmer fashion.

Publishing OVW Write-Ups was an effort to give TNA equal treatment alongside WWE’s NXT’s Reduxes. Now that the company is independent once again, we’ll forgo full reviews and just feature the matches themselves so fans can still follow the action.

This week’s episode featured two matches, the first being Taeler Hendrix vs. OVW Women’s Champion Lei’D Tapa with the title on the line:

Next, we’ve got Lovely Lylah and Jessie Belle challenging The Bodyguy to a match to answer for his various crimes of douchebaggery:

That match will go down next week. Tune in this time next Saturday to see it go down!