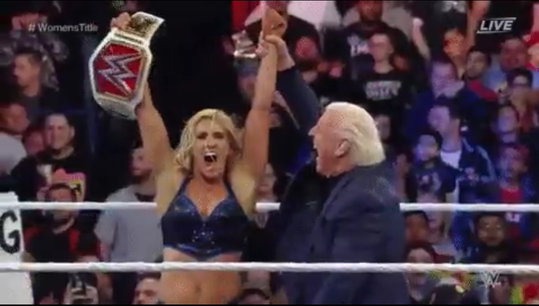 Tonight at Payback, Charlotte managed to walk away with the WWE Women’s Championship for another night.

The win comes after Charlotte managed to apply a sharpshooter to Natalya. The challenger never officially tapped out to the champion but acting referee official Charles Robinson called for the bell, thus awarding the win to Charlotte.

Charlotte and Ric Flair wouldn’t celebrate for too long, as Natalya and Bret Hart would get some last minute payback by placing the father/daughter duo in Sharpshooters holds.