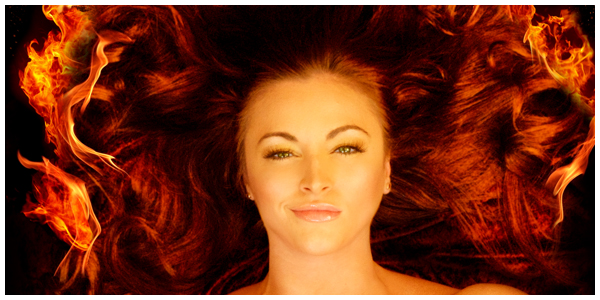 Here is a closer look at the official album cover for Maria Kanellis’ debut record, ‘Sevin Sins’, which is due this Tuesday on iTunes.

Kanellis is depicted with her hair in flames, giving new meaning to the phrase ‘fiery redhead’. Maria posted on her Twitter recently that the cover picture was taken by her boyfriend Vince, who the EP is named after, in their living room.

You can pre-order the album by clicking here. Take a look at the HQ picture below: