Possible Slammy Spoiler for Diva of the Year Nominees 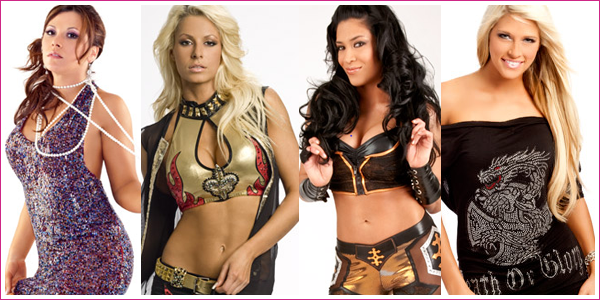 As most will know by now, next week’s edition of Raw will be a three hour special dedicated to the WWE Slammy Awards. In a possible spoiler for the category of ‘Diva of the Year’, a WWE.com promo package shows four Divas — likely the four nominees for the award.

If last year is anything to go by, there will only be four nominees which would make the video clip that much more of an indicator.

The Divas as shown in order are: Mickie James, Maryse, Kelly Kelly and Melina.

Last year’s award was won by Beth Phoenix. The nominees are expected to be revealed properly later this week.