Did you know last night’s episode of Monday Night Raw was the SEASON PREMIERE?!

A show that runs 52 weeks a year had a season premiere last night. Only in WWE!

Hello all, and welcome to this week’s Raw Redux and the second one brought to you by me. I guess that means last week was my season premiere, ey? Premiere or not, last night’s Raw gave us some moments that were premier and then some moments were priceless…ly bad *cough some of the acting cough*. The main attraction saw Brie and Nikki Bella take part in an intervention hosted by Jerry Springer. Stephanie McMahon, ever the nosey parker, decided to stick her nose (and nails!) into proceedings too. We saw hair-pulling, we saw a Bella brother and we saw Jerry Springer get carried out on a stretcher. You read that right! Let’s take a look!

Before all the twin turmoil unfolds, we actually got a Divas match too, which was part Night of Champions hype and part ‘By the way, did you know Total Divas is back on the E! Network’? Natalya and Rosa Mendes, a.k.a, Freakin’ Dungeon teamed together again and squared off against The Psycho Muffins, AJ Lee and the highly-sarcastic Divas Champion Paige.

After Pai-J make their entrances, the matches start as we were all robbed (sarcasm) of seeing Rosa and her highly-fashionable new, flame-emblazoned pink gown she wears in her entrance now as she is already in the ring. My eyes have been spared and for that I will be forever thankful. Praise Neysus. Speaking of Neysus, Rosa is wrestling, pass me the Butterkist! (Other varieties of popcorn are also available in all good supermarkets)

Paige and Nattie being the match with some classic chain wrestling before Natalya gets the best of Paige, thrusting her into the corner. Rosa tags herself in and the unlikely duo hit a double suplex. After a one count, Paige, fights back, slapping the crap out of Rosa’s face before headbutting her to the mat. Paige does a creepy crawl over Rosa and once again utilizes her head as a battering ram. Paige feigns tagging AJ in and hits a scoop slam on Total Divas‘ Costa Rican firecracker.

Paige goes for a leg drop and misses as a plucky Rosa rolls out of the way. Rosa decides not to tag Natalya in, in an attempt to win over the fans and impress Natalya, yet she just gets a stampede of knees to the mush courtesy of the Divaas Champion. AJ then slaps Paige’s chest, tagging herself in and the enchanting raven-haired lady is not happy at all with that! AJ then approaches a limp Mendes, locks in the Black Widow and makes Rosa tap. Rosa still has’t got her first pinfall or submission (LOL!) win on the main roster and AJ has gotten under Paige’s skin yet again.

After the match, AJ grabs the butterly belt off Paige and lands a big kiss on it. Paige grabs her championship back before giving a bit snog of her own. Get a room you metal fetishists!

Our next Divas sighting comes courtesy of Lana yet sadly, the Diva video uploaders of the world don’t see Lana as a Diva, kind of like Vickie Guerrero, and a standalone video of her appearance isn’t available. Basically, Lana and Rusev stood on the stage, talked about Vladimir Putin and ran down Mark Henry. The end.

We’re onto the main event in terms of the Divas now and out first is the Queen herself, Stephanie McMahon. She talks about orchestrating the intervention we are going to witness tonight. She thought of one man who she thinks may be able to stop this family drama. It is the one and only, JERRY JERRY JERRY Springer!

Jerry comes out and although there’s no chairs to throw, no pole for people to dance around or no audience members willing to get their boobs out, I’m still happy WWE managed to get Jerry back on Raw. Scratch that last part, I imagine plenty of people will have been wanting to get some Jerry beads. Emma already pinched a pair earlier on…

Jerry butters up the crowd before introducing his first guest, Brie Bella! Brie and her generic new theme song make their presence felt and the pair discuss Brie’s Twitter apology. Brie said she knows hitting her sister was bad and she shouldn’t have stooped down to her sister’s classless level. OOOH BURN #1! Brie is looking annoyed as Jerry introduces Nikki Bella. Any color Brie can wear, Nikki can wear better it seems.

Nikki shakes Brie’s hand, physically accepting her apology for being hit last week. “BUHHT, YEW NO WAAT JEAARRY?” Nikki says that although she can forgive Brie regarding that, she’ll never forgive her for making her feel like a second class sister. OOOH BURN #2! Nikki starts a conceited rant about how her life is hot right now before we see various clips of sisterly bickering from Total Divas, further showcasing how this feud hasn’t just simply happened overnight. Fair play to WWE for making Total Divas help RAW as opposed to making RAW help Total Divas.

Nikki then throws some more shade. She says she wouldn’t be surprised if Brie was the reason their Dad left them. OOOH BURN #3! Speaking of their Dad, Mr. Jonathan Garcia appears on the screen and I am absolutely deceased. We know where Brie got her acting ability from then. The apple didn’t fall far from that tree. Hell, it whacked Brie clean in the face! We then see a video message from Momma Kathy Bella, who actually cuts a decent promo from her point-of-view.

Family appearances are not over yet, and this time, Jerry manages to go one better for us. Making his Raw debut, it’s the man at the top of Maria Kanellis‘ Christmas card list, JJ Bella! JJ comes out to the Total Divas theme song and my reaction is this:

JJ is looking sharp for his debut and he’s ready to tell the world his story… HE WAS BORN A FEMALE! Wait, what do you mean that Jerry Springer stereotype won’t be featured this time?! JJ and his suit and shoes with no socks combo (oh how modern) says that Nikki needs to stop playing the victim. Loved his heel turn tease too! The girls get into it before all hell breaks loose. The girls catfight and knock Jerry to the ground in the process! JJ breaks it up, only for Nikki to clobber him in the face!

The catfight resumes until Queen Steph gets involved, yanking Brie by the hair. This temporary distraction allows for Nikki to take advantage and good god can she rip at hair. I wouldn’t want to p*ss her off that’s for sure! Nikki then starts taking Brie’s shoes off to try and hit her with them! Beautiful and resourceful! The segment then ends with the Bellas getting separated and Jerry getting taken out on a stretcher. I cannot with that.

Thoughts: Where do we start with all of these shenanigans? Firstly, let’s address the tag team match.

Although not a mat classic, the match told some decent stories and I was entertained. Natalya played the concerned and ticked off tutor with Rosa playing the plucky underdog, trying and most definitely failing to prove her doubters wrong and pick up a win. Say what you want about Rosa, yet she has a lot of personality and she can sell really well. She’s had a lot of practice at getting beat up so rightfully so, she is pretty good at it.

Paige and AJ’s interaction was humorous in parts yet this week’s build felt like the worst week yet for me. It came across as a bit corny and well, I wasn’t massively here for it. I also really don’t like when AJ locks in the Black Widow from a basic, standing position. It makes the move look really boring.

As for the Bella Twins segment, well, it was a hot mess. Firstly, let’s address the positives. Yet again, Brie and Nikki got a ton of time and a lot of exposure. Steph and her elite status was involved again and we got a genuine celebrity involved in the segment. The catfight was pretty epic and believable, the family cameos were a nice touch and WWE actually gave us replays we wanted to see of various moments from Total Divas that related to this storyline.

Sadly, the ‘negatives’ outweigh the positives, yet in some cases, things were so bad, they got around to being good again. I feel bad for saying this, yet Brie’s ‘acting’ was terrible here. Watching from behind your hands cringe-worthy. When she’s been good, she’s been great, yet that was one time in this feud. However, Brie was not the worst actor of the night, oh no. That honor fell to Jonathan Garcia, the Bella’s Dad. I have no words for how bad that was.

And Jerry Springer getting stretchered out? Really, WWE? So laughably awful… I absolutely loved it.

In comparison, when all of the main Divas (that doesn’t mean you Rosa) featured on tonight’s show wrestle, they do it well. The storytelling was hit and miss tonight, with the acting impressing and writing failing during the tag match aftermath yet the opposite could be said for the Bellas segment. Either way, we got 20+ minutes of Divas action last night and for that, I am grateful.

Until next time folks, I leave you with this highly bizarre and non-photoshopped image of JJ Bella. Thank you Diva Dirt’s very own Mr. Jake Verterano for find this. You’re welcome everyone! 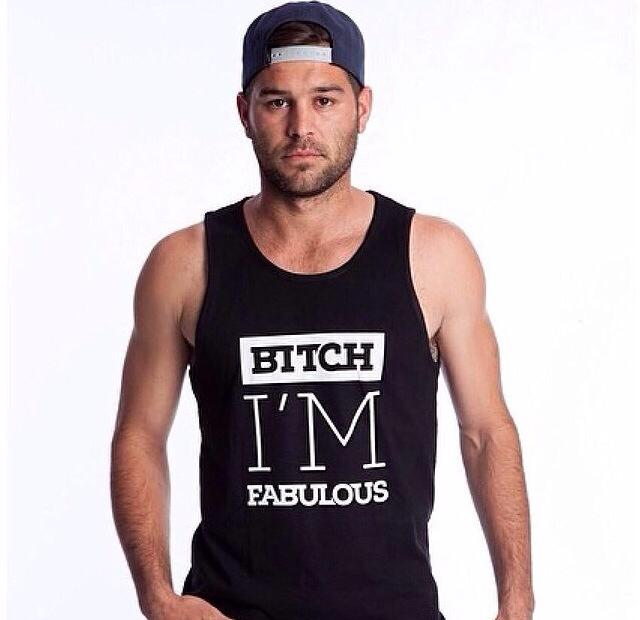