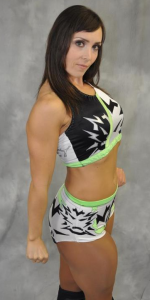 The Queen of Wrestling is officially coming to WWE, according to a new report from PWInsider.

Independent veteran Sara Del Rey has finalized her deal with WWE and will be reporting to the company’s developmental territory, NXT, in Tampa, Florida shortly.

As reported over the summer, Del Rey was offered a contract pending results of a pre-screening medical test. It looks as though Del Rey has passed the medical.

Del Rey will join her former Ring of Honor stablemates, the Kings of Wrestling, who compete as Kassius Ohno and Antonio Cesaro in WWE. She also joins fellow SHIMMER alumni, Tenille (Emma) and Britani Knight (Paige) in NXT.