Reported Plans for Melina on Raw 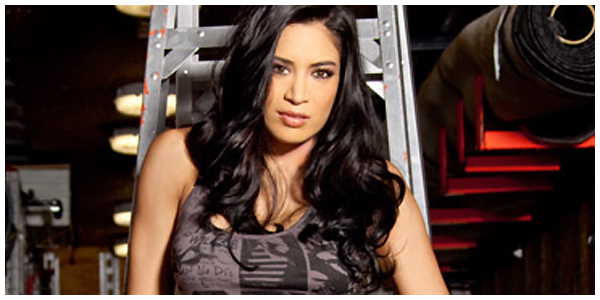 Though viewers will have gathered as much from this past Monday’s episode of Raw, there are plans for Melina to turn heel according to the Wrestling Observer.

WWE planted the seeds on Raw this week as the camera cut to Melina walking away as Lay-Cool beat down Natalya following their match.

It’s said that the heel turn will be a ‘slow burn’, resulting in her feuding with Natalya.

The Observer adds: “The idea was first talked about weeks ago and apparently she got heat because there were indications she was negative about it. They instead started a deal where she was going to get back with Morrison, but that was dropped after one week.”

Thoughts: I’m very excited to see where the writers go with this. I’ve been wanting to see Melina turn heel for a while now and honestly, the heel side needs strengthening because they’re relying far too much on Lay-Cool. Melina vs Natalya is a feud that many would like to see. I enjoyed the match this past Monday and think their work together could get even better. As for the ‘heat’, I find the word ‘indications’ to be telling. So she gets heat because someone thinks she’s being negative? I know WWE is less tolerant with its Divas but yeesh.