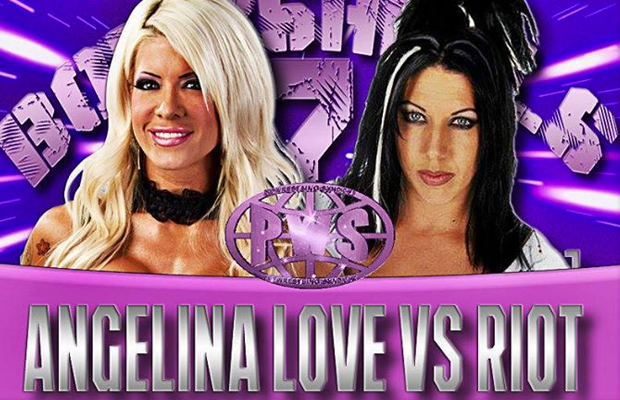 Pro Wrestling Syndicate will be running its seventh PWS Bomshells event on September 28th, and they’ve just announced that a retired competitor will be stepping back in the ring.

Riot – real name April Littlejohn – who wrestled as part of the WOW! Women of Wrestling promotion in 2001, will be facing former TNA Knockout Angelina Love.

Although she hasn’t wrestled since 2001, Riot was one of the most popular stars in the promotion and remains its most recognizable.

Check out the announced card so far:

You can buy tickets to the show on the PWS website. A live iPPV of the event will be viewable on HighSpots.com.

Do you remember Riot from WOW?