Rosa Not So Rosy to the Paparazzi? 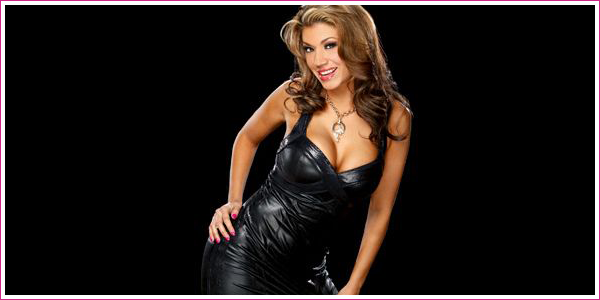 ReelWrestling.com is notorious for getting the candid scoop on WWE Superstars.  Seeing as most of their footage features superstars entering or leaving an event, many a time the reaction from the wrestlers is less than cordial.  However, it is extremely interesting to see just how they interact with the paparazzi outside of the ring.  Reel Wrestling has filmed Divas by the likes of Lilian Garcia, Katie Lea, The Bella Twins, Maryse and Jillian in the past with typical (albeit sometimes fleeting) success, but it is their recent candid video of Roucka aka Rosa Mendes that has especially piqued my interest.

Dean Malenko cast a grey shadow over an otherwise sunny day in Buffalo by getting in our face and demanding we shut off the video camera.  After our camera man tried to enlighten Rosa that her swarming fans were none too adoring (her real fans are the ones who buy her photos on eBay from those same airport fanatics who surround her at the baggage checks), “tough guy” Dean tried to play the role of enforcer but what he asked us to do on public property was clearly a violation of our rights.  And thanks to him, he altered Rosa’s mood so much that she shoved her cell phone in our face as she exited as if WE were the enemy!  Rosa, we just want to promote your attractive face and sunny disposition, along with any message you want to get out to your fan base (by the way, if anyone wants to translate her message, please leave a comment below).  And, please tell Dean to relax and back off the next time.  We’re not the enemy and it seems that the gorgeous and cheerful Kelly Kelly was the only one in your group who “got it” that day.

Watch the video after the cut:

To be honest, I was almost taken aback by Rosa’s reaction.  She initially comes off as somewhat kind and welcoming at the start, briefly addressing her Spanish-speaking fans, but her demeanor soon changes at the expense of the cameraman.  Now, I’ve noticed that the paps behind the camera tend to be very aggressive and intrusive, and I cannot blame the Superstars for being rather annoyed.  The last thing you’d probably want to experience after an exhausting plane ride is a hyper individual shoving a camera in your face.  However, as a follower of Reel Wrestling for quite some, I can say that I’ve witnessed most Divas excuse themselves far more politely and in a less “elitist-type fashion” than Rosa exhibits, here.  Meanwhile, Kelly Kelly (who has been featured in quite a few Reel Wrestling videos) just laughs it off like a champ.  To be fair, Rosa could have just been having an off day.  To some extent, having Jillian return puts Rosa back on the bench.  Now, that would put any jobber’s panties in a bunch! Let’s just hope Rosa learns not to take the term ‘Diva’ so literally, next time.