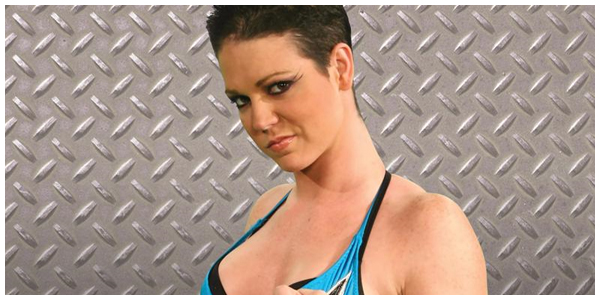 Add another Knockout to the list of departures. Roxxi, who made a brief return to the company in December, is done with TNA reports PWInsider and ProWrestling.net. Both sites report that Roxxi was not under contract, rather paid per appearance.

It looks as though TNA has no plans to bring her back now that she is cleared to wrestle after breaking her ankle in two places last December. Roxxi was injured during the New Year’s Knockout Eve taping in a match with Hamada. She is due to make her in-ring return this weekend for Women Superstars Uncensored.

This marks the second time in as many years that she has parted ways with TNA. Roxxi was originally part of TNA from July 2007 through April of last year, at which point she was released. Roxxi was brought back in August for a one-time appearance and later brought back in December on a permanent basis.

Roxxi’s departure follows in the footsteps of Alissa Flash and Traci Brooks. Meanwhile Awesome Kong‘s status with the company is still up in the air at this point.