Sarah Out, Tara In 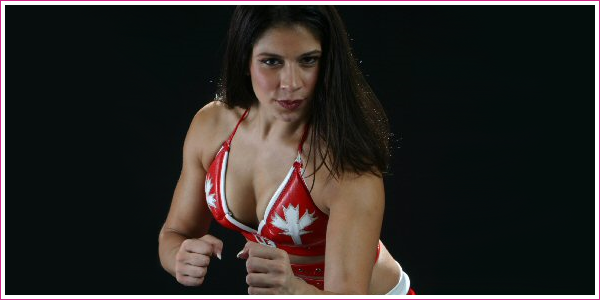 While all us Diva and Knockout fans may be all about Victoria‘s (I don’t care what TNA says, I’m NOT calling her Tara) debut, but there’s one person who may not be too crazy to see her in TNA. Sarah Stock.

According to online reports, Victoria’s sudden appearing has effectively bumped Sarah (or Sarita) from the top babyface spot she was slated to have. Sarah was backstage at last week’s triple iMPACT! tapings, filming some vignettes, but wasn’t used on the show. At this point, it is unknown when Sarah will finally debut.

I gotta say I’m pretty upset about this. I’ve been big Sarah Stock Fan since I seen her in SHIMMER, and was hoping to see her do big things in TNA. That being said, her debut at this point would be overshadowed by Victoria, dropping her head first into Sojo/Madison Rayne territory. Maybe she’ll luck out (a la Alicia Fox) and be paired with Victoria to battle The Beautiful People. We can all agree she could use some backup to keep them off her back.