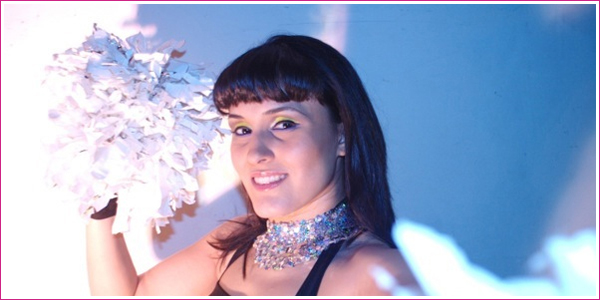 You know what time it is people! Really? You donâ€™t? Well Iâ€™ll clue you in. Itâ€™s time your weekly dose of SHIMMER goodness. Every Thursday or Friday, Iâ€™ll be bringing you profiles on the hard hitting ladies of SHIMMER. Everyone from the major players like MsChif to the up and coming rookies like Ashley Lane and Portia Perez. So lets get to the good stuff, guys.

Okay, so I cheated a bit with this oneÂ as Cheerleader Melissa is already a part of TNA’sÂ roster as Raisha Saeed, but she deserves to beÂ recognized for the gimmick that brought her to the dance:Â The Cheerleader.

Unbeknownst toÂ many, Melissa is aÂ second generation wrestler. Picking up the business from herÂ dad, Melissa started out as a valet and had her firstÂ match at the tender age of 17.Â Ever since she’s been a force to be reckonedÂ with.Â After being trained by theÂ likes of Christopher Daniels and Bryan Danielson,Â MelissaÂ trained in Japan and The UK honing her skill. AfterÂ aÂ name forÂ herselfÂ onÂ the independent circuit,Â theÂ fierce beauty joined the ranks of SHIMMER.

Melissa made her SHIMMER debut on Volume 1Â in a losingÂ effort against MsChif. This match sparked a rivalry that spread over several volumes of SHIMMER as well asÂ other promotions. However on VolumeÂ 8Â the rivalsÂ put their differences aside to take on commonÂ enemies, TheÂ Minnesota Homewrecking Crew (Lacey and Rain). AlthoughÂ  the lost, the two decided to remain a team and went on to gain several victories. During her tenure in SHIMMER, Melissa also wrestled a match on Sunday Night Heat against Victoria under her real name: Melissa Anderson

As of late Melissa has been competing in TNA as the mysterious Syrian manager of Â Awesome Kong. I would personallyÂ love to see Raisha goÂ bye-bye and see CM make a debut.Â I was never aÂ fan of the SaeedÂ character and theÂ fake accent. I would even like to see her on ECW, taking on the newlyÂ extreme Natalya and Katie Lea.

So what do guys say? Lose the burqa? Stick with Kong? Get extreme? None of the above? Sound off in the comments. As usual, here’s a few vids: