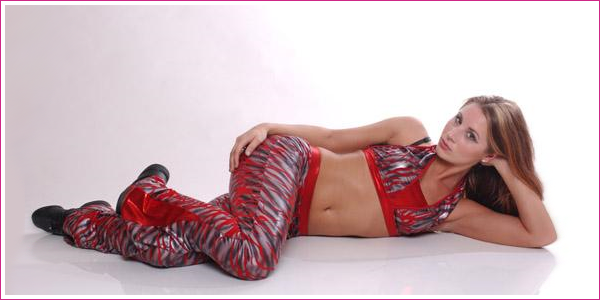 Over the last week I’ve been hooking you guys up with the 411 on everyone’s favorite all-girl wrestling promotion, SHIMMER. I’m glad you guys are enjoying these ladies in action. Support them and buy the DVDs if you can. Now that that’s out of the way, it’s time for one last(?) SHIMMER Spotlight.Â
Â
Name: LaceyÂ
Age: 25Â
Aliases: The Lovely LaceyÂ
Entrance Theme: “The Game” by DisturbedÂ
Finisher(s): TKO; Implant DDT; Lungblower
Accomplishments: FLWA Women’s Champion (1 time); MIW Women’s Champion (1 time); NWA Midwest Women’s Champion (1 time)Â
Years Active: 2000 – 2008Â
Â
I’m about to make a statement that is really gonna piss some people off. Lacey is possibly THE best heel in women’s wrestling ever. Oh yeah, I went there. Anyone who has seen this young lady work the crowd would be hard pressed to disagree. Sure Beth Phoenix can play the powerful, dominant heel and Maryse can be the sexy snob, but no one in WWE or TNA can make people love to hate them like Lacey.Â
Â
Don’t let her pretty face fool you. From insulting the fans at ringside to spitting water on them (and not in the cool HHH way), Lacey encompasses what it means to be a heel. I’ve even seen her rip up some money (isn’t that illegal?) that a smart-ass fan threw at her.Â
Â
Lacey has been wrestling in ROH since 2000 and has been a mainstay of the promotion. She’s taken on the likes of Allison Danger, Roxxi and Moose Knuckles. Her most notable rivalry has been with Daizee Haze. The two have been feuding off and on for years. They’re the indy version of Trish and Lita.Â
Â
For all her cattiness(is that a word?), Lacey has proved that she plays well with others. Along with Rain aka Payton Banks and British sensation Jetta, collectively known asÂ The International Homewrecking Crew, she took ROH, NWA Midwest and SHIMMER by storm.Â
Â
Unfortunately for us, Lacey retired from professional wrestling in November 2008 citing ‘personal reasons’. I think her hard hitting style and brash personality would have made her a hit in TNA and her model-esque looks and technical skill would have made her more than a match for the WWE Divas. I would love to see her in the ring with Natalya or even Beth.Â
Â
Just in case you guys don’t have the cash to shell out for a SHIMMERÂ  or Ring Of Honor DVD (it’s so worth it), here’s a few vids. Enjoy!: