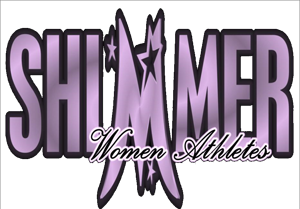 Diva Dirt‘s Steven is on hand at this weekend’s SHIMMER festivities in Berwyn, Illinois. Today, SHIMMER will be filming Volumes 31 and 32 to round out the weekend. Below are complete results from the Volume 32 taping.

1. Jamilia Craft def. Malia Hosaka via a wheelbarrow rollup. Jamilia once again is really green. Lexie-on-a-Stick attacks Craft several times. Lol. Not a great match but I didn’t hate it.

3. Cat Power def. Nevaeh with the Side Effect. Neveah put in a great effort. Nice to see that she can go, even without Ashley Lane.

5. Tomoka Nakagawa def. Jessie McKay with the fisherman suplex. Jessie hit three running knees strikes and two School Girl Crushes but Nakagawa spits in her face and hit the suplex for the win.

6. Portia Perez def. Tenille via superkick. Portia’s elbow is heavily taped. Tenille works on the arm at the start. Portia tries to escape but Tenille cuts her off with a kick. Portia gets the upper hand and takes it to Tenille busts out her awesome bridging Indian deathlock. Tenille would be my pick for breakout star of these tapings.

7. Sara Del Rey def. Misaki Ohata via the Royal Butterfly. Great match! Ohata really took it to Death Rey, had some awesome submission but just couldn’t get the pin.

Backstage promo by Ayumi Kurihara. She says she’s coming for the belt.

In ring promo by Daffney. Calls out ‘MsChif. Says ‘Chif left her hanging and went for the belt. ‘Chif comes out and says she remains loyal to the SHIMMER audience while she went on to other endeavors. ‘Chif says it breaks her heart that it has to come to this.

8. MsChif def. Daffney via the Desecrator. Both ladies are matching each other move for move. Lots of screaming, of course. Some very unique submissions from Daff. Nice exchange of counters toward the end. Excellent match.

9. Sarah Stock def. Nicole Matthews with a dropkick. Crazy spots from Stock. Matthews gets control midway through and keeps until Stock hits a crazy overhead toss. Finish comes when Matthews goes for the belt. Bryce catches her but Perez comes out with the other. Matthews gets the other belt and goes to hit Sarah Stock with it, Stock dodges and hits the dropkick for the win.

12. Cheerleader Melissa def. Hamada with the Kudo Driver. Have to see to believe. My pick for the entire weekend.

After the match Melissa and Hamada, slap each other,then hug. Melissa calls out Eagles and says she wants a shot. Eagles comes out and the two stare each other down.