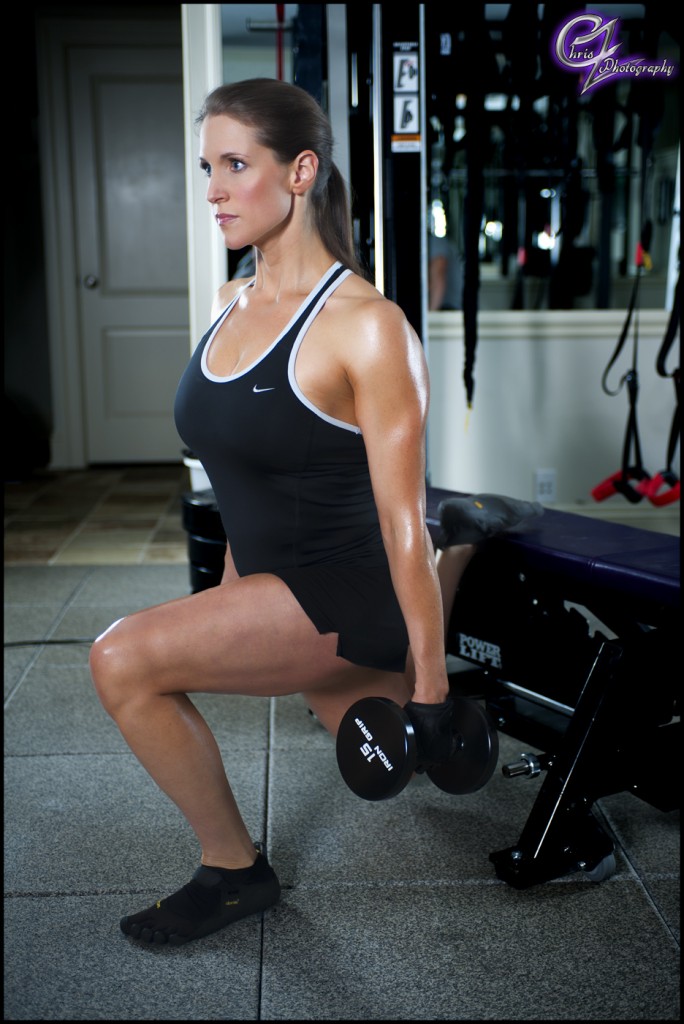 WWE executive Stephanie McMahon Levesque has given a pretty insightful interview to RXMuscle.com about her fitness regime, nutrition, keeping fit after having three kids and of course, being Vince McMahon’s daughter and Triple H’s wife.

Speaking on her three daughters and the weight she gained during her pregnancies, Stephanie says:

I wanted to be a mom more than anything else in the world; it didn’t matter to me what I had to go through to have my children. The reality is that I have three, gorgeous, intelligent, vivacious, funny, and thoroughly entertaining daughters! They truly are what life is all about.

I gained 80 pounds with my first daughter, Aurora. 80 POUNDS!!! It took me a year to take it off; I went to a nutritionist and the diet really only got me so far…it was o.k. but I can only eat so many raw vegetables! After Murphy and Vaughn were born I discovered Dave Palumbo who helped me with my diet and strength and conditioning coach, Joe Defranco, who helped me transform my body in the gym. I would never have known a keto diet and steady state cardio on top of strength and conditioning training would be the keys to my success.

On growing up as Vince McMahon’s daughter:

It’s hard to say what life was like growing up as “Vince McMahon’s daughter”. I would watch my dad on Saturday mornings do interviews and I’d watch him commentate with Jesse Ventura on Saturday Night’s Main Events. It was just what my dad did; I didn’t look at it as anything unusual. It wasn’t until I was a little older and the other kids tried to make fun of me that I realized my situation was a little different (I actually kicked a kid in the shins for saying wrestling was fake!). My Dad was always big into working out; he’s the one who got me turned on to the gym. He was so intense and trained so hard, it looked like fun!

Whether it was love at first sight with Triple H:

We were married on TV as a fictional couple and life just imitated art…It wasn’t love at first site, but I bet you could call it chemistry at first site. I have never been more attracted to anyone in my entire life! He would just look at me and I would blush; still happens to this day actually…

I get up with the kids in the morning, get them fed, pack their lunches for school, and get them dressed and ready to go. My nanny comes at the time my husband and I leave to bring the girls to school so she can watch the baby (Vaughn is only 1). I drop the girls at school then go to the office. I work all day then come home at night in time to put them to bed and read them a story. Then I train. I usually get up anywhere from 530-630 and I go to bed around 12-1. I plan my meals at the office so I eat at specific times during the day. It’s an intense schedule, but that’s the way I like it!

Finally, when asked if she might ever return to the ring, Steph gives the classic WWE answer — “anything can happen”.

Read the interview in full here.

The piece is accompanied by some pictures of Stephanie working out and she looks amazing!