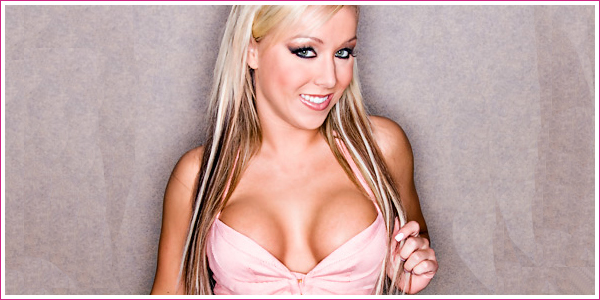 In a four page interview over at MiamiHerald.com, TNA Knockout Taylor Wilde discusses a host of topics including her studies, fashion and her fellow Knockouts. Hidden among the masses of text was this interesting nugget of information, which lends itself to the theory of TNA launching a Knockouts Tag Team Championship.

Minor spoiler for those who didn’t read the results from last night’s show, TNA announced a Knockouts tag team tournament which kicks off next week on Impact.

When talking about her tag team match with Sarita two weeks ago, the tag team division — and titles are brought up:

“The tag division is not something fans have gotten to see with the women professionally, and that’s what TNA is going to offer next, and I’m so excited about it.”

Hopefully that can lead to TNA Knockouts tag titles.

“I sure hope so,” she said. “I’ve got my fingers crossed because that’s something that’s not been done before [in TNA].”

This didn’t occur to me last night when I posted the spoilers, but it hit me this morning — Sarita and Taylor worked so well together in that match with Alissa Flash and Traci Brooks, they would have to be teamed up for this tournament right?! If so, I think my money’s on them to win the tag titles if they do pull the trigger.

Speaking of her partnership with Sarita, she says:

“We have great, great chemistry,” Wilde said. “It doesn’t matter if you’re trained with the same person or worked with them before, it’s all about chemistry. We have that which is super exciting to me.”

There’s a lot of interesting stuff in the interview, click here to read.