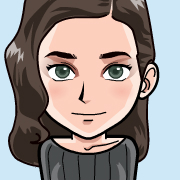 Favorite movie: The Girl With the Dragon Tattoo, of the David Fincher variety.

Favorite TV show: The Good Wife. I’m classy like that. But seriously, watch it.

Favorite women’s wrestler: Melina. She was the total package, and could have reached legendary Diva status if given the chance.

Favorite feud: Trish Stratus and Victoria‘s 2002 feud. It had so much physicality, and no one did “crazy” better than Victoria.

Least favorite wrestling moment: I hate any moment that makes the women look ridiculous, and as there’s no grander stage than WrestleMania, I’m going to have to go with the clusterfuck Miss WrestleMania Battle Royal at WrestleMania 25: