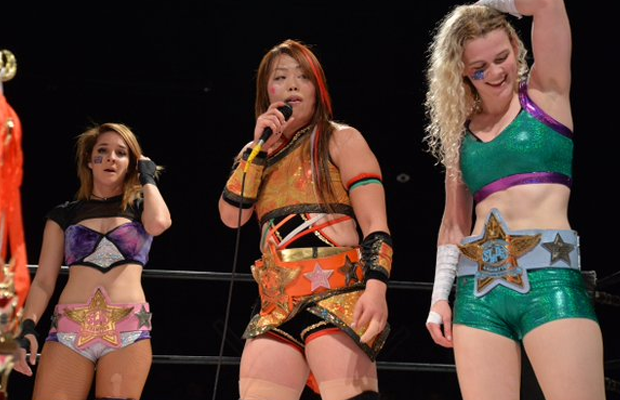 * Emma makes Strawberry Santas and a Darth Vader cake in the latest episodes of Taste of Tenille. (Video 1, Video 2)

* Alicia Fox is the second Diva to film an anti-smoking PSA on behalf of the WWE. (YouTube)

* Allysin Kay won her MMA debut, but suffered a swollen eye in the process. (Twitter)

* The WWE is surveying fans to compare WWE against NXT. (PWInsider)

* Charlotte spoke to Raleigh’s News & Observer about being a role model and her aspirations to become the female version of The Rock. The interview also revealed that Charlotte will grace the cover of an upcoming issue of Muscle & Fitness Hers. (Raleigh News & Observer)

* Becky Lynch appears in a new vlog from The Hopsack, a health food store in Ireland. (YouTube)

* One of Sunny’s trials – scheduled to start on December 7th – has been pushed back to January 26th. She is still scheduled for a December 17th pre-trial hearing on separate arrests. (PWInsider)