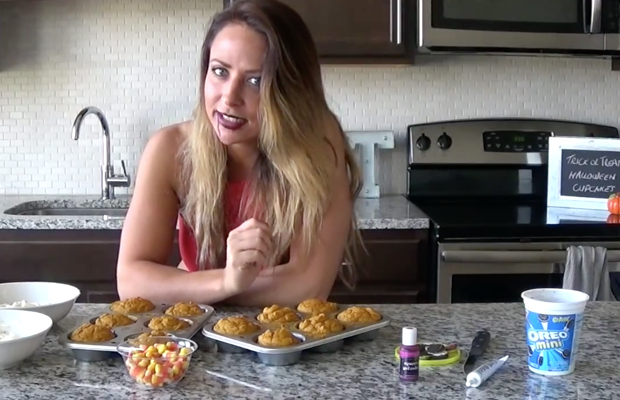 * This week’s episode of Impact, which advertised a main event match between Awesome Kong and Gail Kim, saw a big spike in the ratings. (Wrestling Inc)

* Paige filmed a Halloween-themed ad to hype her appearance at Party City this past Sunday. (YouTube)

* Sasha Banks is up for Bayley/Sasha III at NXT TakeOver: London. (Twitter)

* Alexa Bliss vs. Carmella and Asuka vs. Peyton Royce are on an all-NXT card at the WrestleMania 32 ticket party on November 5th. (Wrestling Inc)

* Kane told TMZ that he thinks Ronda Rousey would “do great” in the WWE. (YouTube)

* Paige will appear on a future episode of MTV’s Ridiculousness. (Instagram)

* Gail Kim recently spoke to the Huffington Post about her history with Awesome Kong, TNA doing right by the Knockouts, Ronda Rousey’s influence and more. (HuffingtonPost)

* A regime change at Destination America may be good news for the future of TNA. (Wrestling Inc)