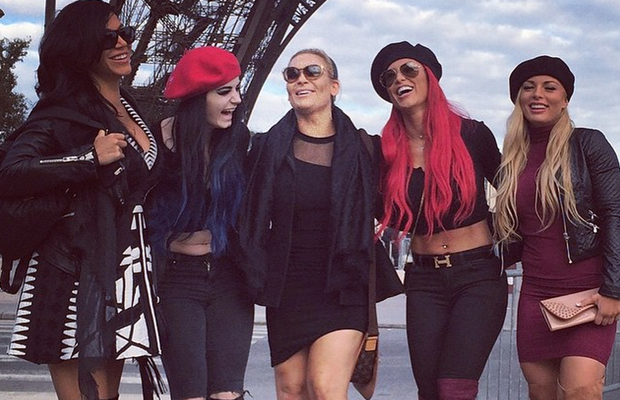 * The cast of Total Divas headed to Paris this week to film for season five. (Twitter)

* LFL Hall of Famer Liz Gorman is said have received a WWE tryout at the last set of tryouts, replacing Samantha Sage, who had to drop out when she discovered she was pregnant. (Squared Circle Sirens)

* Rosa Mendes is the new SmackDown correspondent for WWE.com. (Instagram)

* Lucha Underground begins filming season two on the week of November 14th and will premiere in January 2016. (PWInsider)

* John Cena is taking time off soon, but not to get married to Nikki Bella. (F4WOnline via Wrestling Inc)

* The second episode of Emma‘s Taste of Tenille features her recipe for PB&J french toast. (YouTube)

* In a Twitter Q&A, Triple H addressed complaints about NXT Diva being limited on the main roster. (Twitter)

* AJ Lee is teaming with Beautiful Disaster clothing to produce a line with all proceeds benefitting PAWS animal rescue. (Facebook)

* TNA has announced that their January live events in the UK will now be television tapings. (Wrestling Inc)

* Sasha Banks apologized to Bayley superfan Izzy after stealing her headband at TakeOver, giving her the flowers she was gifted post-match. (Wrestling Inc)