TNA Announces ECW-Inspired PPV: Should They Bring Back the ECW Vixens? 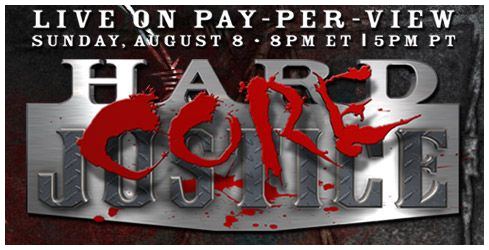 Always first for originality, TNA’s next pay per view — Hard Justice — has been renamed Hardcore Justice: The Last Stand and will be a tribute show featuring many ECW originals. But of the names rumoured so far [Jerry Lynn, CW Anderson etc.], there doesn’t seem to be any women from the original ECW. Hmm, just an oversight I’m sure…

To help out Dixie and co., here’s our guide to the four women we’d like to see: 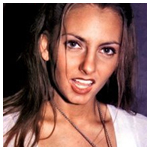 Hardcore history: Making her ECW debut in 1995, Beulah was introduced a major catalyst in a feud between Tommy Dreamer and Raven. The two feuded over Beulah and there were many twists and turns including a fake pregnancy. After siding with Dreamer, Beulah was then revealed to have had an affair — with a woman! Perhaps her biggest highlight is a bloody brawl with Bill Alfonso. Beulah re-emerged in the WWE incarnation of ECW, catfighting with old rival Francine at One Night Stand in 2005 and then competing in a six-person tag match involving Lita in 2006.
Why she should be at the PPV: As Tommy Dreamer’s wife, it’s entirely possibly that Beulah may turn up at Hardcore Justice. Dreamer is reportedly putting the show together and it’d wouldn’t be a surprise to see his wife by his side at the pay per view. Perhaps a Dreamer/Raven rematch for old time’s sake with Beulah at ringside?

Watch Beulah’s match with Alfonso below: 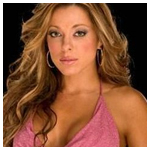 Hardcore history: Known in ECW for managing the Impact Players (Lance Storm and Justin Credible), Dawn Marie guided her boys to the ECW Tag Team Championships. But most people know her from her WWE days, where she was the original cougar of SmackDown. Her infamous feud with Torrie Wilson provided some of the highest rated segments at that time, as she married Torrie’s dad Al, who later died on their honeymoon. She also came between Charlie Haas and Miss Jackie in another feud before being released in 2005.
Why she should be at the PPV: As one of the most recognisable ex-ECW names due to her time in WWE, why not? It’s been years since we’ve seen Dawn on our screens. Since Karen Angle left, we haven’t really seen a cougar in TNA — and no, Dixie Carter doesn’t count. She could definitely provide some nostalgic appeal. As for what role she could play, who knows? She did manage Simon Diamond and Johnny Swinger near the end, and word is they’re booked for the TNA PPV. 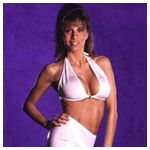 Hardcore history: Nicknamed the ‘Queen of Extreme’ (before Lita, that is), Francine was one of the original ECW bad girls. She has had a catfight with just about every name you can think of from Beulah and Dawn to Kelly Kelly and Shelly Martinez! The original ECW Vixen, Francine was brought up to ECW TV in 1995 as Stevie Richards’ manager. Later in 2006, she joined the WWE incarnation of ECW, competing in bikini contests with Kelly on house shows and feuded with Shelly Martinez’s goth princess, Ariel, on the TV show. She also had a brief stint with TNA in 2002.
Why she should be at the PPV: You can’t have Francine without a catfight! Whether it be Beulah, Dawn or even Lacey Von Erich, let her have at it!

Watch Francine vs Beulah below: 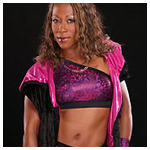 Hardcore history: The incredible two-time WWE Women’s Champion, Jazz, is one of the toughest women in wrestling. Though in ECW for just a short time, her stint was incredibly memorable — she wrestled men! The tough-as-nails wrestler victoriously defeated Jason Knight on PPV before joining WWE in 2001. The rest, as they say, is history. As a two-time Women’s Champion, Jazz competed in two consecutive WrestleManias and had a lengthy and brutal feud with Trish Stratus.
Why she should be at the PPV: Jazz is not only an ECW original but as tough and powerful as any Knockout I’ve ever seen. Like her ECW vs WWE match with Mickie James, you could put her on the card against a current TNA Knockout i.e. Angelina Love, who is the top babyface right now. A pay per view needs a women’s match and bringing in Jazz to wrestle will help do that while playing into the ECW theme. Plus, we just really want to see Jazz back on our TV screens.

Watch Jazz vs Jason Knight below:

So those are our four ECW Vixens we’d like to see at Hardcore Justice. Any other names that you’d bring back? Sound off in the comments!