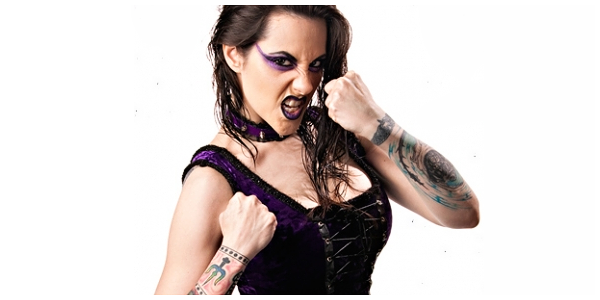 Reports are circulating that Daffney has been injured in a tryout match prior to tonight’s Impact taping (to air next Monday). The following report is courtesy of WrestlingNewsWorld.com:

TNA Knockout Daffney was seriously injured in a tryout match prior to the start of tonight’s Impact taping from Universal Studios in Orlando, Florida. Daffney was working with independent worker Betsy Ruth (who also works as Miss Betsy). Rosie is a student of the Team 3D Wrestling Academy.

The injury occurred when Betsy hit a bonsai drop off the ropes, crushing Daffney. Daffney laid motionless for several minutes as an ambulance was called and a stretcher was brought out. The bottom ring rope was removed to get her out.

Upon loading her on the stretcher, Daffney was moving her hands. Ring announcer Dave Penzer addressed the crowd, saying she is going to be OK but everything was done for precautionary purposes. Daffney is being transported to a near-by hospital.

We hope to have more information soon. Between this and the news about LuFisto, it seems like a very sad night. We hope Daffney is doing okay.