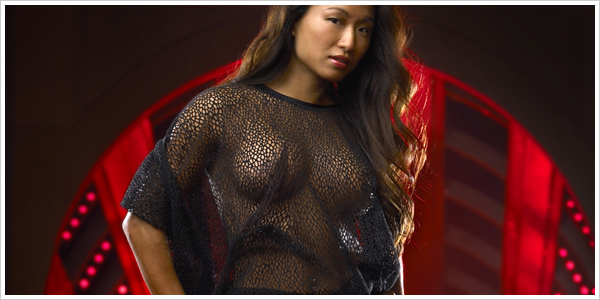 Methinks this one is going to get messier than Paul McCartney and Heather Mills. So much for an amicable split, huh? At Monday night’s Impact taping, TNA took aim at the dearly departed Gail Kim just one week after her shock exit from the company. Last week, we were told that TNA and Gail parted on the best of terms and the door would be left open – turns out TNA is not so happy after all.

At Monday’s taping, TNA filmed a backstage segment with new Knockouts leader, Traci Brooks entering Jim Cornette’s office with Cornette talking to Traci about laying down the law with the Knockouts. Traci said something to the effect of “replacing top stars once they had become stale” and that she had some work to do with that. This footage was shown on the titantron to the crowd in attendance and will be aired this Thursday on Impact.

All I have to say to this news is *like The Joker in The Dark Knight* ha ha ha… ha ha ha ha. Let’s face it, we all know if Gail said she wanted to come back to TNA, Dixie Carter and Jeff Jarrett would sign her in an instant, shoot her top of the division and give her the Knockout Championship within a month. Fact. As Ashlee Simpson would say, it’s a bittersweet world but I doubt Gail is losing any sleep, in fact, I’m sure she’s being comforted by all the extra 0’s in her bank account from her new WWE deal.