Trish Stratus Confirms She Was Given ‘Cold Shoulder’ by John Morrison 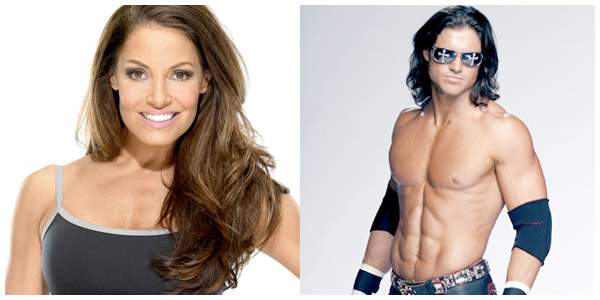 Oh no he didn’t! Reports have run rife over the Internet this week that John Morrison gave his WrestleMania tag team partner, Trish Stratus, the ‘cold shoulder’ and vetoed ideas that she had for their work together.

Speaking to Sirius/XM’s Busted Open radio show today while in New York for a press day, Stratus confirmed that she was shunned by the Raw Superstar.

“I got a bit of cold shoulder action, correct. John Morrison himself is amazing. He’s a great athlete. I was really looking forward to working with him. I thought it would be cool if we could do some stuff together. He didn’t think it would be that cool. It happens.

“Hey whatever. It happens. You know he’s into his thing and just didn’t think that I should part of his thing I guess, but I still admire him as an athlete, as a performer. I think he does a great job out there. Cold shoulder? Yeah I felt it. I was shunned. Some people are not smart maybe? You know they wrestle well, but maybe they’re not smart. I don’t know.”

Read more of the recap here.

The interview was recorded today but will air on Monday. Tune in at 3pm on Sirius 125/XM 241. More details here.

Thoughts: I know certain rumors online have made reference to another Diva, but thus far that has proved unsubstantiated and we refrain from commenting on that. As for JoMo’s attitude towards Trish? I think it’s disrespectful towards, frankly, a WWE legend. You wouldn’t expect that attitude towards Stone Cold or The Rock. Trish has a certain name value with the WWE fans, and she is extremely well thought of within WWE. You’d think that a Superstar looking for a break would embrace the opportunity to work with Trish and even Snooki, who brought some mainstream attention to this program.