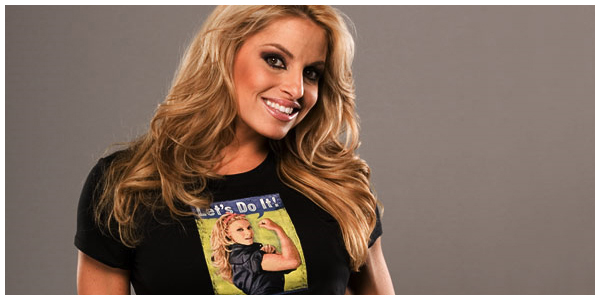 Multi-talented seven-time Women’s Champion Trish Stratus has conquered the worlds of fitness, wrestling and television and in 2010 is set to take on video games too. But news has just broken that Stratus is trying on yet another new hat — movie star!

Trish has signed on to play the female lead in Canadian independent movie, ‘Bail Enforcers’. Read the details below:

Toronto, ON (February 4, 2010) – Cameras are rolling on the feature film Bail Enforcers, an independent Canadian action film. Bail Enforcers is about a team of down on their luck bounty hunters who run into trouble when they are confronted with a moral dilemma. A local mob boss wants the team to exchange a bail jumper for a million dollars.

Fitness icon and international television celebrity Trish Stratus, brings her world renowned fighting to the big screen as the lead female role – Jules Taylor. “I’m thrilled to be a part of a production that is 100% Canadian and I look forward to delivering some Stratusfaction!” said Stratus.

For more information on Bail Enforcers you can read the press release at Trish’s official site.