Trish Stratus Talks ‘Total Divas’: Would She Have Done the Show?

Could Trish Stratus have been a Total Diva? According to the Diva herself, yes!

As part of a monthly feature on her official website, the Hall of Famer was asked for her opinion on the reality show, as well as if she would have done the show if it existed during her time with the WWE.

Trish seems to love the idea, though she thinks the Divas’ backstage antics wouldn’t have been quite so dramatic. She responded:

“Sure! And much like my timeline seems to think, I can’t help think how awesome that show would have been! One thing though, since all us girls were pretty much bffs, our version may have been a little lacking in the drama/cattiness department (But we would have definitely made up for it in the kick ass department). Plus, how fun would it be catching the ‘reality’ behind our annual DIVAS shoots – those DIVAS DVDs that came out after our shoots were always entertaining!”

She also shared an image of herself, Lita and Tara alongside current Total Divas stars, teasing us even further: 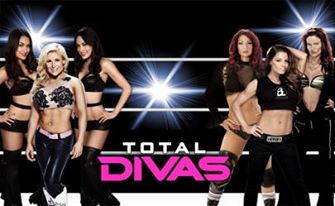 Now that Trish has teased us with the idea, we think someone needs to persuade E! to put together a special alumni season of Total Divas.

That, or build a time machine to produce a season circa 2001. We’re thinking it could’ve looked a little something like our header image above.

Who would you put on an alumni season of Total Divas?