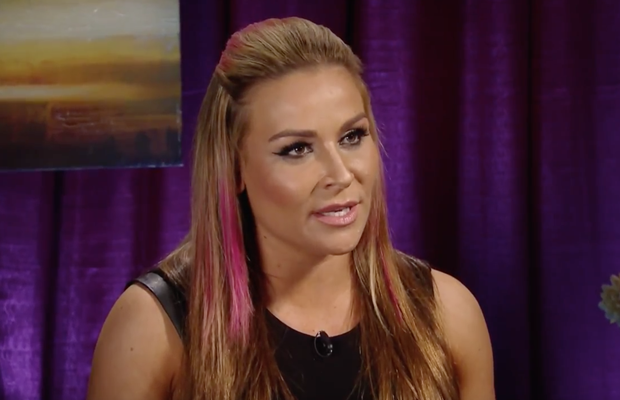 Natalya is the subject of Michael Cole‘s latest sit down interview for WWE.com. In the interview, the former Divas Champion talks about watching the Diva Revolution blossom from the sidelines, Paige‘s new attitude and the possibility of retiring and more.

Natalya spoke about taking time off of the road to tend to her injured husband Tyson Kidd while the Diva Revolution was unfolding, admitting that it was hard to sit back and watch the Divas have these awesome matches, as it was the first time she really had to step back and sit on the sidelines.

She says the success of her match against Charlotte at the first TakeOver special had a lot to do with the fact that they related to each other. Both of them, she says, had “big boots to fill”, as they were following in the footsteps of famous relatives. She says they dedicated the match to Charlotte’s late brother, and that made the match much more emotional. She claims that the match was her opportunity to “pay it forward” and teach Charlotte the things that she had learned.

Natalya says that match gave her the task of bringing out the best in Charlotte – not just with moves, but with emotion. She admits to getting emotional during the match because she could feel that they were creating a masterpiece.

On the subject of the Diva Revolution, Natalya says for anyone to claim ownership of it is just inaccurate. She understands that Paige, being as young as she is, has a different view of the world, but she still thinks her actions are immature. She says Paige is acting like a “brat” and is throwing a “temper tantrum” because she’s not the new “toy”.

She goes so far as to call Paige a hypocrite, accusing her of contradicting everything she stood for when she first won the Divas Title. She recalls being one of the first people to congratulate her for winning the title. This is not the Paige she knows.

At the close of the interview, when asked about a possible retirement, Natalya simply says, “The best is yet to come.”