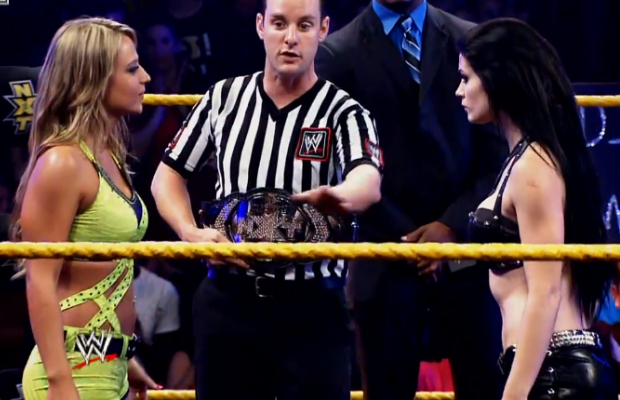 The WWE Network has officially launched, and among the first programs made available to subscribers was a special titled This is NXT, giving new fans the opportunity to familiarize themselves with some of the developmental territories biggest moments and top competitors over the course of the past two years.

Included in the feature was both a look back at Paige and Emma‘s battle to become the first ever NXT Women’s Champion ahead of their clash at NXT ArRIVAL this Thursday and a video package spotlighting at a group selected as among the finest up and comers around, including both Bayley and Sasha Banks.

For a walk down memory lane to the finals of the Women’s Championship Tournament, check out the following video package:

The future stars video can be seen below:

As a reminder, a special pre-show will air tomorrow night beginning at 7:30pm ET, with the two-hour live broadcast of NXT ArRIVAL immediately following at 8pm ET on the WWE Network.