Was Kurt Angle Behind Roxxi’s Release? 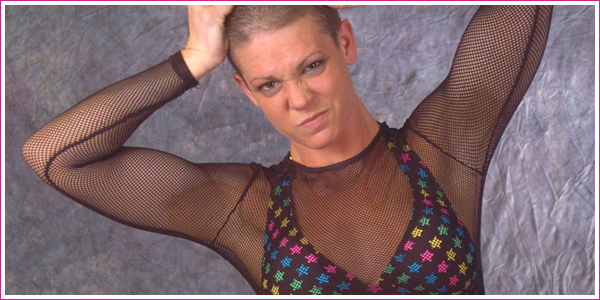 In an update on yesterday’s breaking news, it has now been confirmed that TNA released Roxxi from her contract. The company pulled Roxxi’s profile from their website early this morning.

It is now being suggested that former TNA World Champion, Kurt Angle may have had a hand in Roxxi’s release given his political stroke within the company. Angle is dating Knockout, Rhaka Khan, who was involved in a physical altercation with Roxxi a couple of months ago.

Both were suspended for 60 days following their spat, however it looks as though Angle may have pushed for Roxxi to be released altogether. Adding further fuel to the fire, Khan was backstage at the Lockdown pay per view last month despite being suspended, while Roxxi was not brought in at all.

It sucks to see someone so talented lose their job, no offence to Roxxi, but she doesn’t have the WWE cookie-cutter look, so it’s unlikely they’ll pick her up. This leaves Roxxi frozen out of the two top companies and will likely return the independent circuit. In fact, Roxxi will appear this weekend for SHIMMER.

Despite never truly getting a push, Roxxi got an immense amount of support following last year’s Sacrifice pay per view when she had her head shaved and was considered one of the top Knockouts behind Gail and ODB at the time. The head-shaving led to a new ‘Hardcore Knockout’ gimmick which saw her take part in some very good matches, for example a street fight with Awesome Kong on an episode of Impact. It’s a shame that TNA never capitalised on that success by giving Roxxi a Knockout Championship match.