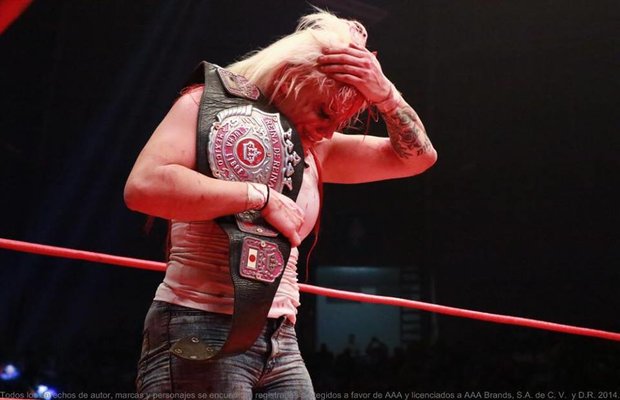 * MGM Television, which produces Lucha Underground, will be working with ‘Women Of Wrestling’ to create content for TV and digital platforms. (Deadline)

* Dave Meltzer reported in the latest edition of The Wrestling Observer Newsletter that unless things change, WWE has no plans to use Paige going forward after she is recovered from her neck surgery. (Wrestling INC)

* AJ Brooks offers life advice to the next generation of women. (YouTube)

* Alexa Bliss tells Yahoo Sports of her ambitions goals of winning the Raw Women’s Title and hopes of seeing the WWE Women in the main event of WrestleMania. (Yahoo Sports)

* Lana gives a sneak peak to her new gimmick at an NXT Tampa house. (Cageside Seats)

* Becky Lynch is looking to have a match against James Ellsworth. (Twitter)

* Eva Marie and WWE will be parting ways when her deal expires. Each side is remaining silent as contractually, her time on Total Divas hasn’t run out and she’s still required to promote that series. (PWInsider)