What is Women’s Wrestling’s Best Finisher? Round 2: Glam Slam vs. Litasault 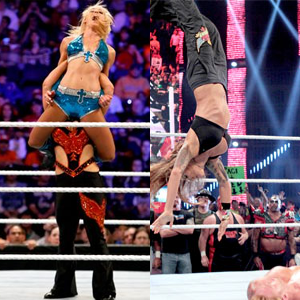 Round 2: In Round 1, Beth Phoenix‘s Glam Slam knocked Angelina Love‘s Break-a-Bitch out of the competition while Lita‘s Litasault bested Cheerleader Melissa‘s Kudo Driver. Which of these distinct finishers will advance to the semi-finals?