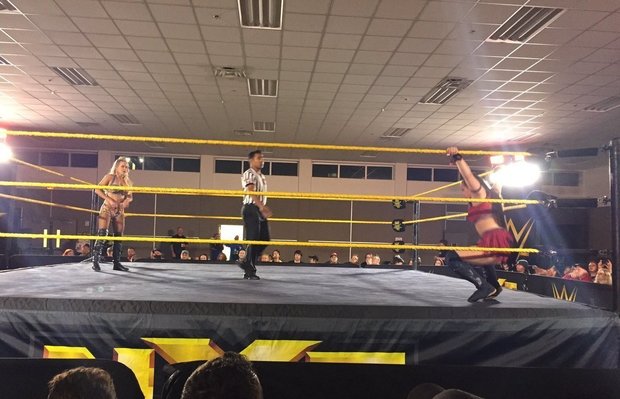 * The man who oversaw Raw and SmackDown’s writing teams, Tom Casiello, was let go by WWE on Friday. He was said to “very influential” in how the women have been booked. (Cage Side Seats)

* Sienna sits down with McKenzie Mitchell for an edition of TNA’s “My First Day” YouTube series. (YouTube)

* Initially, Sasha Banks and Charlotte wanted to compete in a Ladder Match at Roadblock. (411 Mania)

* Jade sits down with BBC and continues to share her story of domestic violence. (BBC)

* Pro Wrestling Sheet reports that the ‘Total Divas’ nomination photo for season five of the series which left Naomi out was a mistake from the graphic department and was later corrected for the Hulu replay. (Pro Wrestling Sheet)

* John Cena sits down Renee Young on the season finale of WWE Unfiltered to share the things he’s learned from Nikki Bella. (YouTube)

* Wrestling Observer reports that Summer Rae, Nia Jax and Emma tweeting their displeasure with Sasha Banks and Charlotte being the only women featured on RAW is part of an upcoming total storyline. (Reddit)

* Summer Rae gives an update on her road to recovery. (Instagram)