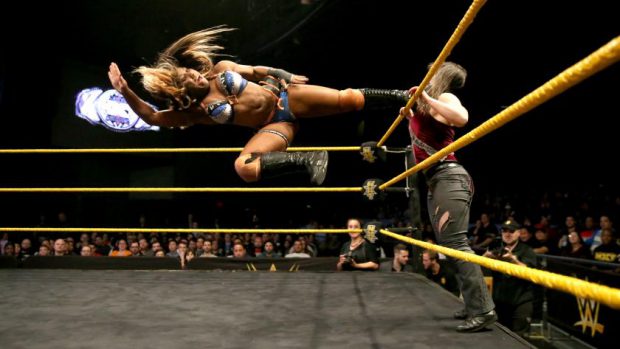 * Charlotte and Ric Flair written a new book titled “Second Nature: The Legacy of Ric Flair and The Rise of Charlotte.” which is set to be released on July 2017. (Twitter)

* The Blossom Twins share what they miss the most about wrestling. (SweetIsAlwaysInStyle.com)

* Becky Lynch is the latest guest on Steve Austin Show where she talks about her journey to NXT, 7 year break from pro-wrestling and how she handles life on the road and in the ring, and making the most of every opportunity. (Podcast One)

* Natalya stops by the Jim and Sam show to discuss the upcoming season of ‘Total Divas’, Survivor Series and how WWE have used her throughout her career. (YouTube)

* Becky Lynch receives her own WWEShop plaque from when she won the SmackDown Women’s title at Backlash. (Instagram)

* Emma shares details on how severe her injury was. (Instagram)

* Taeler Hendrix speaks with Crave Online to discuss Women of Honor, where she got her big break and passion outside of wrestling. (Crave)

* Catrina discusses her character on Lucha Underground, chemistry with Mil Muertes and what she learned working with Dusty Rhode during her time in NXT. (Wrestling INC)