It’s official women’s wrestling fans… she is back! Also, this is a disclaimer! There will be image of graphic nature displayed in this article. Continue on at your own risk.

It was announced in the past that Women’s Wrestling veteran Rain would be returning to professional wrestling. She would do this with Ring of Honor and its Women of Honor division.

Some background for those who don’t know, Rain, aka Payton Banks/Bonnie Maxson, originally appeared for ROH over 10 years ago, being one of the original Women of Honor. During this time, she competed against the likes of Daizee Haze, MsChif, Allison Danger, and other original ROH names.

She is also well known for her involvement in the The International Home Wrecking Crew (aka The Minnesota Home Wrecking Crew). In this faction she paired up with Lacey and Jetta, the latter of which also came out of retirement a few years back.

She has competed for many promotions over her 13 year career prior to her retirement. She is a one time WSU Spirit Champion for Women Superstars Uncensored. Arguably her biggest success was defeating Mia Yim to become the first ever Shine Champion for Shine Wrestling. Her last match was on Shine 14 (January 24th 2014) where she dropped the title to Ivelisse.

The reasoning behind her retirement is a rather devastating story to say the least. She originally left the ring after hr 13+ year career due to the many injuries she had sustained over her long career. This alongside personal issues she was facing in her real life. However after her last match, she got into a devastating car accident on February 14th (Valentine’s Day) 2014. A driver who was texting crashed into her car and into a tree, nearly ending her life and requiring many more surgeries to fix her.

Despite this traumatic experience, she has now made a full recovery and even helps people in personal training and physical therapy. Here are exclusive comments by The Radiant One (along with graphic images) regarding these events and how she looks forward in face of it all:

“In January 2014, I retired from wrestling. I needed a break really, but some personal issues were also conflicting with continuing. The following month, on Valentine’s Day, I was in a horrible car accident. A girl was texting and driving, ran a stop sign and hit me. I also ended up head on into a tree. I almost died. Since then, I’ve had 7 surgeries and finally am doing well.

I help people with personal training and physical therapy. I have some very special people I’m helping fight back and come back from their own trauma. Today, I wrestle to motivate them to take that next step and to get back to what they love. This! This makes my heart full. Also, my own home conflicts are gone. That stress is eliminated. So, today I wrestle for them and today I wrestle for me. I appreciate every company and opponent that has welcomed me back so far.” 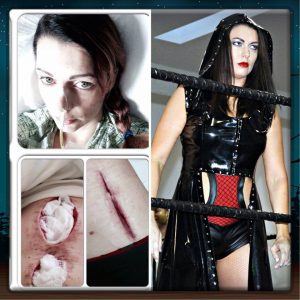 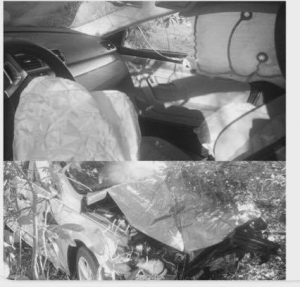 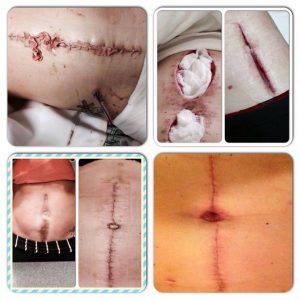 She has also been posting some videos on her YouTube account regarding her return and some of her more recent matches.

As she mentioned, her first match back was at WXW against her student Tesha Price. This can be seen below.

Her (second) return match which was uploaded onto ROH’s YouTube channel on 6th December 2017 against Brandi Rhodes can be seen below:

After her match (which she won), she congratulated Brandi on her efforts despite losing and explained her ROH past to the War Memorial Auditorium (dark match) audience. She then challenged WOH veteran Sumie Sakai to a match, which she happily accepted. However after a hug between the two, Rain’s true colours also returned when she attacked Sakai. She hit her with the Rain Drop and ran away from Brandi who helped the Japanese wrestling star.

The match between Rain and Sumie Sakai will be uploaded in the near future as this match has already taken place.

Shine Wrestling also announced that Rain would be returning on their Shine 47: Survivial show on December 16th 2017.

She's back! The Radiant One, and first ever SHINE Champion, @Radiant_Rain makes her return to @wwnlive at SHINE 47: Survival on December 16th live on @wwnlive and @fitetv from @TAMPAOrpheum!https://t.co/lrudgHKTls pic.twitter.com/cVWdPWIFgK

Despite her cruel demeanour returning with her in some promotions, Rain/Bonnie Maxson the person is a shining example (pun intended) of what a true role model is. And not just in professional wrestling, but in everyday life as a whole. We at Diva-Dirt are overjoyed to see The Radiant One back in the wrestling scene and even happier that she is in a much better place.

What do you all think of Rain’s return? Did you enjoy her Women of Honor match? Do you think she could help elevate the Women of Honor division in the new year? Where else would you like to see her compete in/return to? As always, let us know in the comments below!