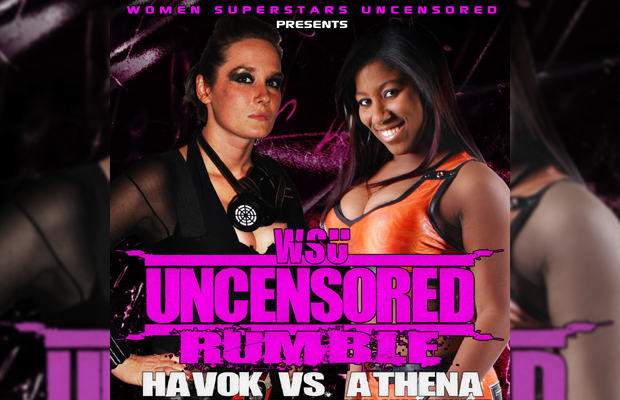 Results below, courtesy of WrestleView.com:

* Jana def. Niya by DQ in a “Loser Leaves WSU” Match after Niya refused to listen to the ref’s 5 count. Afterwards, Niya attacked referees and security until they had to carry her away.

* WSU Tag Champion Sassy Stephie def. Santana Garrett with the Kiss my Sass. Afterwards, Stephie called out WSU Champion and Mid-West Miltia stablemate Jessicka Havok for not being there due to “travel issues”, saying it’s BS.

* Lexxus def. Nevaeh with a roll-up to become the #1 Contender to the WSU World Title.

You can order the replay of Uncensored Rumble 6 by clicking here.

What did you think of the show?