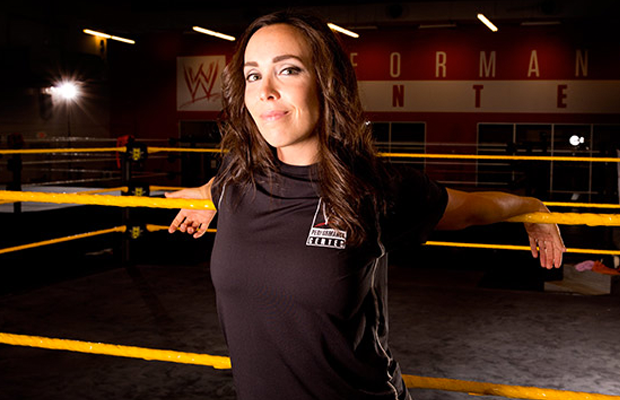 WWE Trainer and former SHIMMER Champion Sara Del Rey is highlighted in a lengthy WWE.com article that explains why she is the WWE’s “secret weapon”.

Superstars Daniel Bryan and Cesaro, along with Divas Aksana and Summer Rae, give us insight on Del Rey – real name Sara Amato – as well as the impact she’s having on current and future Divas.

Sara spoke on her motivations and future goals:

Dave Prazak, founder of SHIMMER, was also quoted in the article:

Cesaro, who teamed with her in the indies, gave his thoughts on her vast abilities:

Divas Aksana and Summer Rae spoke on her influence:

The article is a fantastic read for any women’s wrestling fans, especially those unfamiliar with Sara. Check it out on WWE.com.

You can also see Sara in action in two galleries: one showing her training Divas and another of her in action on the indies.

RELATED: Match of the Week: Emma vs. Sara Del Rey