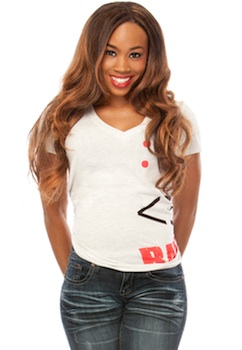 Recently suspended WWE Diva Cameron, real name Ariane Andrew, is backstage at the Night of Champions pay per view in Boston, Massachusetts, according to PWInsider.

Cameron was reportedly suspended by WWE for 15 days for failing to inform the company about her arrest for a DUI last month.

As previously reported, Cameron, who serves as a dancer for Brodus Clay along with Naomi, was arrested for a DUI. An official police report alleged that Cameron attempted to bribe arresting officers at the scene.

Cameron being backstage at the pay per view would indicate that the suspension has ended.