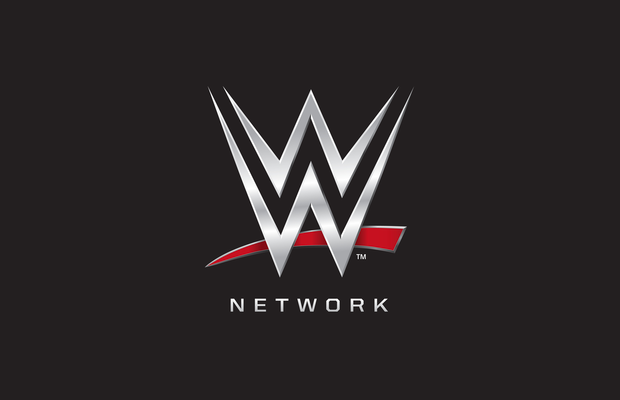 The WWE has issued a press release detailing the programming that will air when the WWE Network launches next week.

Most important for Diva fans is the news that NXT and WWE Superstars will air weekly on the network, allowing fans more easy access to the shows.

NXT will air weekly on Thursdays at 9pm ET. WWE Superstars will air directly after NXT at 10pm ET.

Another new series will be This is NXT, a one-hour special that takes fans behind the scenes at the WWE Performance Center. It will premiere Monday, February 24 at 11am ET.

We previously learned that the 2014 WWE Hall of Fame ceremony will air live on the network, and the press release confirms its air date as April 5th at 9pm ET.

Laslty, NXT ArRIVAL, which airs Thursday, February 27th, will have its own pre-show at 7:30pm ET.

STAMFORD, Conn., February 19, 2014 – WWE Network, the first-ever 24/7 streaming network, has unveiled its programming lineup, which is highlighted by WrestleMania® 30 on Sunday, April 6 at 7 pm ET live from the Mercedes-Benz Superdome in New Orleans.

In addition, for the first time ever, the WWE Hall of Fame Induction Ceremony will air live in its entirety on Saturday, April 5 at 9 pm ET on WWE Network. This year’s current inductees include The Ultimate Warrior, Jake “The Snake” Roberts and Lita. A one-hour special will also air on USA Network on Monday, April 7, immediately following Monday Night Raw®.

WWE Network will officially launch on Monday, February 24 at 9 am ET and fans will instantly have access to live programming and the most comprehensive WWE video-on-demand library upon signing up exclusively at WWE.com.

WrestleMania 30
WWE’s pop-culture extravaganza, WrestleMania 30, will air live on Sunday, April 6 at 7 pm ET from New Orleans. More than 70,000 fans from all 50 states and more than 30 countries are expected to converge on the Mercedes-Benz Superdome with millions more watching around the world. Current WWE Superstars will be joined by a host of WWE Legends for a celebration 30 years in the making.

Friday Night SmackDown® Pre-Show and WWE SmackDown Backstage Pass
A 30-minute pre-show for SmackDown will air each week and premieres on Friday, February 28 at 7:30 pm ET.

WWE Countdown™
A one-hour, groundbreaking, interactive, countdown series that will put the power squarely in viewers’ hands by giving the audience the chance to discuss and rank WWE’s most spectacular Superstars, unexpected moments, best catch phrases and more through digital polling and social media interaction. The series premieres on Tuesday, February 25 at 10 pm ET with a sneak peek on Monday, February 24 at 10 am ET.

WWE Legends’ House™
WWE’s greatest Legends reunite for a new title – only this time, they’re competing outside of the ring. Imagine a beautiful house in the suburbs – perfectly furnished, with gorgeous landscaping, a lovely pool and quiet, respectable neighbors. WWE Superstars from the past including Rowdy Roddy Piper, Tony Atlas and Hacksaw Jim Duggan will turn the neighborhood upside down as the house staff tries their best to keep these Legends on time, on speaking terms, and out of trouble in this new reality show. The series premieres on Thursday, April 10 at 8 pm ET.

This is NXT®
A one-hour special that will take viewers inside the action-packed world of tomorrow’s WWE’s Superstars as they aspire to become the future of WWE. Featuring behind-the-scenes moments and in-ring action from WWE’s Performance Center, fans will get up close and personal with the next generation of Superstars. The series premieres on Monday, February 24 at 11 am ET.

Thirty minutes prior to the event, the NXT ArRival Pre-Show will air at 7:30 pm ET and include exclusive interviews and appearances by NXT Superstars, WWE Superstars and Legends.

WWE NXT®
Each Thursday at 9 pm ET, WWE Superstars and Divas of tomorrow face off on WWE NXT, a one-hour, weekly show that features the brightest and best of WWE’s rising stars. WWE NXT showcases the Superstars and Divas from WWE’s Performance Center as well as appearances from WWE Superstars and Legends in an intimate setting. WWE NXT broadcasts from the state-of-the-art Full Sail LIVE venue on the Full Sail University campus in Orlando, Florida. The series premieres on Thursday, March 6 at 9 pm ET.

WWE Superstars®
A one-hour, weekly show highlighting the best of WWE Superstars and Divas in heart-pounding matches. The show will also feature highlights from all WWE programming, as well as a special glimpse at everything going on in the WWE Universe. The series premieres on Thursday, February 27 at 10 pm ET.

Beyond the Ring™
An all-access pass to the fast-paced action of WWE’s home video library. With classic matches and groundbreaking biographies of WWE Legends, fans will have all the action from WCW®, AWA®, ECW® and WWE right at their fingertips. The series premieres on Saturday, March 1 at 8 pm ET.

Best of Raw
Every Wednesday at 9 pm ET, Best of Raw will feature the most memorable episodes from the longest-running weekly episodic show in television history. Each week, see some of the most incredible matches and controversial moments featured over the years on Monday Night Raw. The series premieres at a special date and time on Thursday, February 27 at 4:30 pm ET.

Best of SmackDown
For more than a decade, Friday Night SmackDown has brought amazing action and memorable moments to the WWE Universe. On Saturdays at 1 pm ET, WWE Network will showcase the most exciting episodes of SmackDown. The series premieres on Saturday, March 1 at 1 pm ET.

Expansive Video-On-Demand Library
In addition to live and original programming, fans will have access to the most comprehensive WWE video-on-demand library the instant they subscribe. WWE Network will offer all WWE, WCW and ECW pay-per-views as well as encores of Raw and SmackDown® totaling more than 1,500 hours of video on demand at launch.

What are you most excited to watch?