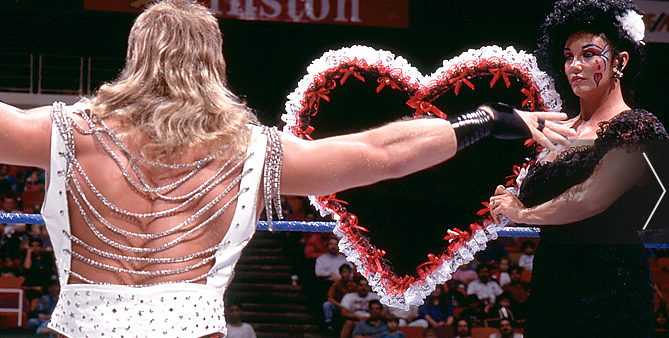 In a list of the top 25 managers in WWE history, Hall of Famer Sensational Sherri Martel ranked the highest female at #5, beating out the likes of Sunny and more.

But it was the volatile valet’s relationship with a young Shawn Michaels that placed her so high on this list. “Go back and look at when Shawn really started to develop — Sherri was right there,” Striker said. “It was Sherri whispering in Shawn’s ear, ‘you’re the best,” that blew his head up and the WWE Universe can only be thankful that she did.”

Thoughts: I’m pleasantly surprised to see Vickie rank so highly, as she was so memorable with Edge. Perhaps the other person I would’ve added is Lita — you can’t deny the Team Xtreme craze. But then again, perhaps the emphasis is on the word ‘team’ rather than her being the Hardys’ manager.

Do you agree with the rankings? Anyone conspicuous by their absence?