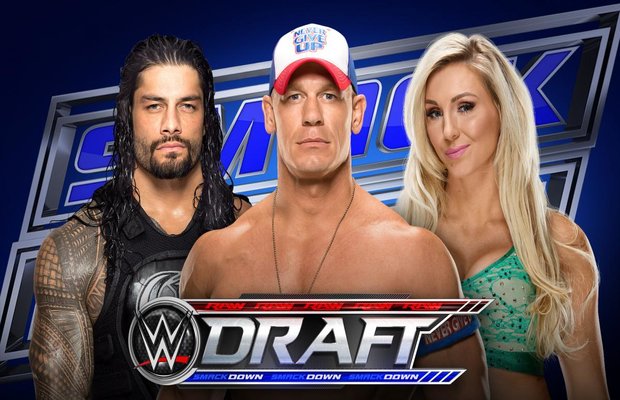 WWE issued this statement about the news:

WWE’S DESTINY LIVE ON SMACKDOWN
The destiny of all WWE Superstars will be determined on the first-ever live SmackDown on Tuesday, July 19 from 8-10 pm ET/PT on USA Network. A draft will be conducted by respective General Managers as to which talent will be chosen exclusively for Monday Night Raw or SmackDown.
For the first time in history on back-to-back nights, these two distinctive brands (Monday Night Raw and Tuesday’s SmackDown) will compete with each other for television ratings, live events, and pay-per-views.
“This is an exciting new era for WWE in which we will yet again reinvent ourselves by creating a second night of compelling live television,” said Kevin Dunn, Executive Producer, WWE.
“We’re already hearing the excitement among WWE fans for SmackDown’s new live format, and our audiences are eagerly anticipating the live draft and what it means for their favorite Superstars,” said Chris McCumber, President, Entertainment Networks, NBCUniversal Cable Entertainment.
With 878 original episodes, SmackDown is the second longest-running weekly episodic program in U.S. television history, only behind Monday Night Raw at 1,203 episodes.

Are you excited for this announcement? Who do you hope will get drafted to Raw or SmackDown? Sound off in the comments below.