Your Diva Dirt: ‘Feuds From the Vault’ By Steven_D

We are going to by highlighting some of the best blogs written by you, the Diva Dirt faithful, over at our social networking site, MyDivaDirt.com. Head over there now to create your free user account & publish blogs of your very own. If you’d like to recommend your blog for posting on Diva Dirt, visit this thread.

For our first ‘Your Diva Dirt’ post, we have a great look at SHIMMER stars Allison Danger, Daizee Haze and Rebecca Knox by Steven_D: 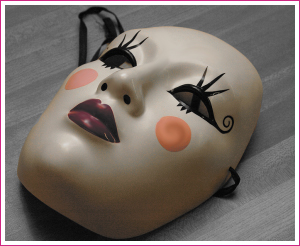 The K-Nox arrived on Shimmer shores in 2006 from Ireland and was a technically orientated athlete. Not only was she a Queens of Chaos champion but she held the ECCW Women’s championship for over nine months.

Mirroring the success of her rival; Allison Danger is no stranger to a title and is also a technically gifted athlete in her own right. She has held the ICWA Ladies Championship along with several other accolades.

The two compliment each other perfectly which added a lot to their matches, despite not being the longest feud. It was one of the best in Shimmer, through match performances alone.

Trying to do the matches justice is no easy feat, the technical ability of the two ladies is almost unrivalled in the independent scene in America.

Where better to begin than Shimmer Volume 3 and Knox’s debut match in Shimmer taking on (the dilute Canadian) Allison Danger.

Shimmer Volume three and the stage was set, with the traditional light hearted start to the match over. The fans were behind both competitors and they begin their technical showcase. The style of both women compliment each other and it is apparent from the onset.

It’s almost an obvious fact that when someone steps into the ring with Allison Danger they are going to be put over and well. This was no different, even though they were on par with one another but to me the experience of Danger gave her a slight edge. The fans in attendance seemed to be impartial as the match was relatively even throughout the early going. However as Rebecca Knox contemplates grabbing the ropes the fans gasp, is this signs of thing to come from the crowd?

Simply put; No. Despite the odd smart comments from the fans like “Chase the pot of gold” and “Pretend she’s a snake and chase her out of Ireland” the fans were continually behind both women. Until an Allison momentum shift but, Knox falls to the mat with a knee injury. At this time, I do have to mention that I was “had” it was a very convincing angle to pull mid match and much of that was influenced by Bryce Remsburg’s instant reaction.

However the match doesn’t end there, the heel tactics continue. But those intuitiveness and ultimo-heel tactics garner the heat that she needed from the match and led into her volume four match.

The second match in the series takes place on Shimmer volume 4 against arguably one of Shimmers greatest talents; Daizee Haze. This is included in the feuds from the vault as Rebecca Knox’s underhanded tactics give her the edge and furthered her feud with her two rivals.

The winner of their first encounter was Daizee Haze with her patented Heart Punch and Mind Trip combination. Despite losing in an honourable fashion; Knox was out for blood and on Shimmer Volume Five, the rematch was on.

Despite having a light hearted start to the match with Knox dancing during her entrance and The Haze being the fun loving hippie character that she is. Once the inaugural dance off is over, the tactical battle of mat wrestling begins. Most of the match looks like a legitimate shoot wrestling match, reminiscent of the British styles of the sixties.
But the tone of the match takes a turn for the worse as the frustrated Rebecca Knox begins to ignore rope breaks and the referee. After this frustration the first break of mat wrestling comes at nine minutes into the match with a brief section of rope work but it’s soon all back to the ground. A great spot comes to fruition as The Haze hits a high risk, high reward suicide dive.
This gives them an opportunity to go brawling on the outside and do they go at it. Exchanging chops to one another the impact rings around The Eagles Club. But the action moves straight back into the ring and Daizee escapes a top rope leg drop by the skin of her teeth. However, even after missing a with her own high risk manoeuvre, The Haze manages to behead the K-Nox with her Yakuza kick to pick up the first fall.

This brings a brief moment for both women to grab their breath and revitalise themselves. Which also reminds me of the old school style of wrestling where they would have a brief break between rounds.

The beginning of the third fall begins with the often cheery expression of Daizee wiped clean off of her face. The feeling is also apparent as the hostile Danger grows even more intolerant of the Irish born Knox. So much so, that at one point in the match she is completely biased trying to will Daizee towards the ring ropes.
All in all the second outing of Rebecca Knox and Daizee Haze was a technical master class and a match that defined the feud. But it wasn’t over yet, after the match; Allison Danger issues Knox with a challenge to a “Pure” wrestling rules match.

The challenge was accepted and as we segway into volume six there’s a promising pure rules match booked. Ring of Honour’s showcase of the technically minded elite as I like to think of it. For those who don’t know, the rules of the match are as follows:

* Each wrestler has three rope breaks to stop submission holds and pin falls during the match. After a wrestler exhausts his rope breaks, submission and pin attempts under the ropes by the opponent are considered legal.

* There are no closed-fist punches to the face allowed in a pure match, only open-handed slaps or chops to the face are allowed. Punches to other parts of the body (save for low-blows) are permitted. The first use of a closed fist will get a warning, and the second will cause the wrestler to be penalized a rope break. If he is already out of rope breaks, he will be disqualified.

* A wrestler is subject to a twenty count by the referee if the wrestler goes to the floor.

On paper the pure rules match seems like a good way to show both competitors’ strengths and hide there weaknesses. This is exactly what it did, both women put on a great all around match.

Despite the comradery at the beginning of the match with great interaction amongst the competitors and the crowd as soon as they lock hands it’s all business. Despite the early going of the match having a slow pace to it, it gradually builds the speed as the submissions begin. Neither woman wanting to utilise and lose the usage of a rope break, they begin to chain wrestle and the quality is reminiscent of the late Davey Boy Smith and other talent of his time.
As the match continues, it takes a few turns of momentum which is expected throughout the blend of chain wrestling. However the first to use all three rope breaks is Allison Danger, but Rebecca Knox isn’t safe for too long as she also utilises her third break. The match finally ends with a dusty finish; this seems to leave the feud open to another encounter which would be another good match.

Sadly the feud only lasted three matches due to a severe injury that Rebecca Knox had suffered in Germany. Even though the feud was one of the shortest in history, the matches epitomised the talent that all three women possess.

When I asked Allison Danger; “Your matches with Rebecca Knox showed that you both had amazing technical prowess. How do you feel about your matches with one another?” To which she replied;

I am insanely proud of our work together. We had instant chemistry in the ring. Its a shame she left wrestling but she had to do what was best for her life. I wish her nothing but the best.

Which shows the respect that the seasoned veteran of nine years takes great pride in her in ring work with Rebecca Knox. Which is why it is my personal second favourite feud from Shimmer Women Athletes.

To conclude, this is one of the most compelling feuds in the short four year history of Shimmer. However unlike most feuds in wrestling today, the story telling was done purely through the matches without a skit or promo in sight. This is one of the great aspects of Shimmer booking and I recommend volumes three through to six for these matches alone.