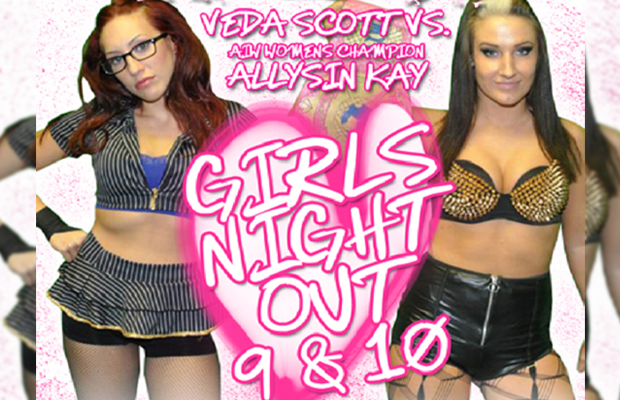 Absolute Intense Wrestling are at Turner’s Hall in Cleveland, Ohio this afternoon for a huge double DVD taping of “Girls Night Out 9 & 10”. The event is part of Female Fight Season, which begins today.

Allysin Kay and Veda Scott headline both volumes, going up against each other with a mystery tag team partner apiece in the main event of Girls Night Out 9, then just mere hours later at volume 10, facing off in singles action for Kay’s AIW Women’s Championship.

Live results will appear below:

* Leva Bates and Xandra Bale defeated Jody D’Milo and Jasmin after Leva hit D’Milo with the Superhero kick. After the match, the Social Network came out and attacked Leva and Bale.

* Mickie Knuckles defeated Jenny Rose in a No Disqualification match after putting her through a table.