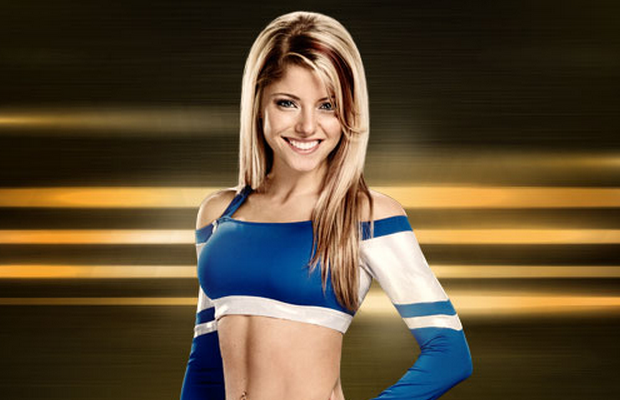 NXT Diva Alexa Bliss is the latest name to be added to WWE.com’s NXT Roster page.

Alexa, who has made two unnamed appearances on NXT so far, was originally added to the roster page a few weeks back, and now her profile has been re-added following her name change.

WWE.com highlights Alexa’s background in softball, track, kickboxing and gymnastics before delving into her bodybuilding history in IFBB Pro.

The profile also said not to be fooled by Alexa’s inviting smile as she is ready to sacrifice it all to make it in NXT.

Thoughts: If you thought Alexa was just a pretty face, think again. Who knew she was so skilled in five different sports? Normally those with gymnastic backgrounds fare well in WWE, so let’s hope Alexa is another example of that.