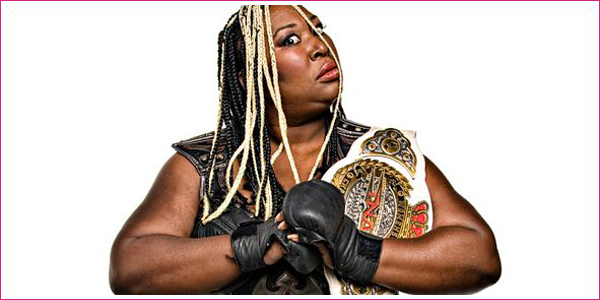 Former TNA Knockouts Champion, Awesome Kong has launched her very own charitable organisation to help teenagers. The ‘Fountains for Youth’ programme will raise awareness amongst teens for things such as drugs, teen pregnancy and more. Kong is auctioning off one of her most prized wrestling attires on eBay to help raise funds to kickstart the programme. Read the press release below:

The dynamic pro wrestler is planning to auction off the primary costume/outfit that she’s been wearing for the past four years, in order to raise funds for her nonprofit organization.

The first program that “Fountains for Youth” hopes to launch is something called STAHR, which stands for Somebody’s Talking About High Risk.

The first step is the auction, in which Awesome Kong will, through eBay, put up for bid the very same outfit that has seen her through the biggest matches of her explosive career.

“It’s been with me for almost five years, but I’m willing to part with it in order to raise money for my organization’s mission,” she said.

Industry observers say that such an auction hasn’t been done before.

“Every program that we will launch will be a ‘fountain’ of knowledge for kids,” Kong said in explaining the origin of the “Fountains for Youth” moniker.

Kong said the STAHR program will involve kids being matched with professionals in the world of video production and media, so that the youths will be able to create and produce their own public service announcements (PSAs).

The PSAs will then be shown to the teens’ peers, to help spread the word about various high-risk situations that they or their friends may encounter.

“I want to create a buzz about this,” Kong said, “because I’m very proud of what these kids are going to be doing.”

To bid on Kong’s gear click here, it’s for a very worthy cause! We consider Kong a friend of this site and were honoured to have her support with Diva Dirt Gives Back earlier this year, so we couldn’t be more happy to help her in any way we can with her own endeavors. We’re sending the best of luck to Kong, what she’s doing is incredible. Please help spread the word!