Awesome Kong on Pay Discrepancies for Men and Women in Wrestling 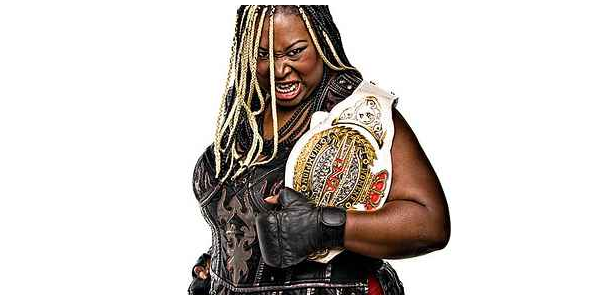 Former TNA Knockouts Champion, Awesome Kong has spoken further on the men vs women pay scale debate in an interview with Sirius Radio’s Busted Open show. The ex-Knockout left TNA partly due to a pay dispute earlier this year. She said:

Wrestling does appear to be a man’s sport and in true tradition, women are traditionally not paid as much as their male counterparts. It (the payscale) is out of whack. Thats why instead of staying, I think everyone should come to a happy workplace and not to poison or be a bad egg, just leave the scene altogether and find something else.

She also commented on how she felt the TNA product had changed also contributing to her departure:

The product definitely has changed, and since I am a wrestler, and this is pro wrestling for me, I took myself out of that particular product… of that equation, especially since it didn’t make sense monetarily. (Source: Lords of Pain)

Last weekend, Kong made her return to Ring of Honor to a standing ovation following a match against Sara Del Rey.