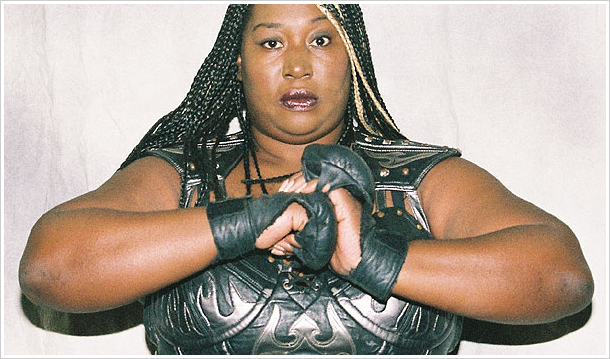 The unstoppable former TNA Knockouts Champion, Awesome Kong has been revealed as the Diva/Knockout to top the first ever PWI Female 50. As we reported last week, Pro Wrestling Insider, a prestigious wrestling magazine chose to launch the ‘Female 50’ as a companion to the popular ‘PWI 500’ which is dedicated to male wrestlers.

Check out the full list below courtesy of PWPIx.net:

It should be noted that PWI has opted to exclude Mexican and Japanese women’s wrestlers from the rankings – sans Sarah Stock. Regarding this. PWI wrote: “That isn’t intended to be a slight against international competitors. More so than with the male counterparts, women’s wrestling varies tremendously between the North American style, the Japanese joshi puroresu styles and the Mexican lucha libre style. With few notable exceptions (such as Sumie Sakai and Gail Kim), a wrestler who excels in one style may fare much more poorly in a different style. Besides, we wanted to shine the spotlight primarily on the U.S. and Canadians competitors first. If reader response to this special section is strong, perhaps we will consider ranking more women, including international competitors, in the future.”

On how they ranked the wrestlers, PWI wrote: “To determine this list and compile the rankings, we examined a variety of criteria. While placing special emphasis on a wrestler’s accomplishments over the past calender year, we also took note of each women’s career accomplishments as well. For example, a veteran like Malia Hosaka may not have wrestled as many matches or as many high-profile bouts as Cherry over the past 12 months, but based on her accomplishments throughout her 20-plus year career, we felt she deserved inclusion.”

PWI also went over possible controversy in regards to ranking the likes of Maria and Velvet Sky ahead of more “scientifically skilled technicians” such as Lexie Fyfe and Cindy Rogers. Prominence and marketability factored into the rankings as it’s not only based on technical ability and accomplishments. PWI wrote: “We evaluated each woman on championships held, quality of opposition faced, overall athletic ability, prominence, and marketability. To some critics, those last two criteria may be controversial. After all, some may argue that wrestlers like Maria Kanellis and Velvet Sky have no business being ranked ahead of more scientifically skilled technicians like Cindy Rogers and Lexie Fyfe. We would argue that marketability and prominence are an important aspect of pro wrestling, and that the success of these Divas and Knockouts have had on such a major stage has to be taken into consideration.”

Rest after the cut: